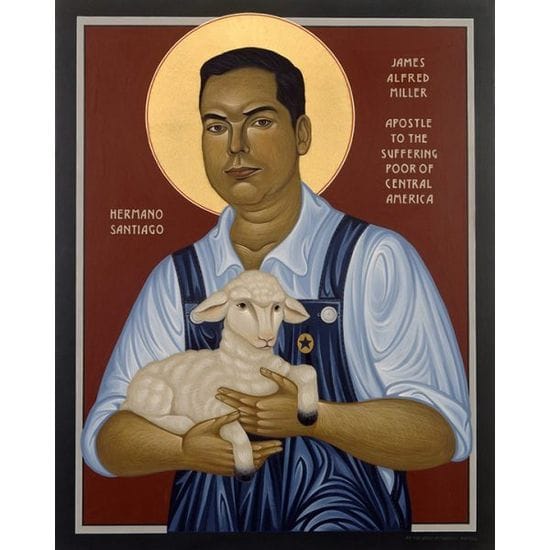 The Vatican announced on Thursday, November 8, that Pope Francis approved a decree recognizing that Brother James Miller died as a martyr Feb. 13, 1982, in Huehuetenango, Guatemala. The process for declaring him a martyr began in 2009 and received this important 'green light' from the theological commission, which means we will soon be able to celebrate his beatification. Br. James will be the first De La Salle Christian Brothers from the United States to be beatified. The cause of beatification was undertaken by the Diocese of Huehuetenango, Guatemala and received the Decree of Validity in Rome in 2010 when Brother James was designated a Servant of God and a martyr for the faith. As a martyr, Br. James must have one miracle posthumously attributed to him to reach the next level toward official sainthood, which is canonization.

In the afternoon of February 13, 1982, at the age of 37, in Huehuetenango, Guatemala, Brother James (Santiago) Miller was shot several times by three men and he died instantly. Attempts to identify the assassins were unsuccessful. After funeral rites in Guatemala and in Saint Paul, Minnesota, he was buried in the parish cemetery in Polonia, Wisconsin.