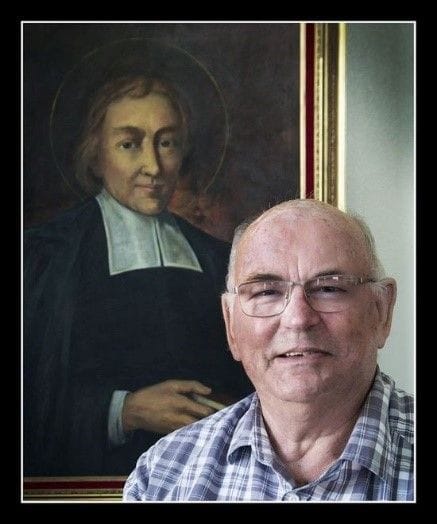 It's not an Olympic year, but a Golden Jubilee for a Brother who celebrates fifty years in the fraternity of De La Salle is notable. Bill grew up in the village setting of Kenthurst, N.S.W., attending Oakhill College Castle Hill for upper primary & secondary schooling. He worked in the public service for some years, and studied part-time, before finally testing out the Brothers' lifestyle when he was twenty-four. There was an interest when he was fifteen : "I was impressed by the kindness of individual Brothers, and their care of each other, and their association together for the teaching and care of students". He remembered their support for his family when times were difficult.

The missionary and archivist

Br. Bill taught the humanities and Religious Education in western and Lasallian NSW schools. He was asked to serve in Papua New Guinea in the mid-1970's and spent sixteen years on the mission there as a teacher, librarian, as well as a Board member in the Highlands at a teachers' college administered by the Brothers.

After a stint in Melbourne doing administrative work, while he extended his expertise in postgraduate studies in sciences and librarianship. With a master's degree in information management & systems, he became the qualified archivist of the Lasallian District for ten years.

When asked what keeps one going spiritually, he points out that brotherly relationships and friendship are a core, as are reflective decisions on one's future, at key times. In terms of contact with God, there is "a conversation that lives through the day" which sustains and enriches life. For a "vocation", a calling to be a Brother, he sees the support and acknowledgment of family and friends as important.

These days, Br. Bill is a member of the retired community in Kensington, NSW. He has the opportunity to keep practising his talents, by volunteering in an historical society's archival work. Satisfaction and achievement!