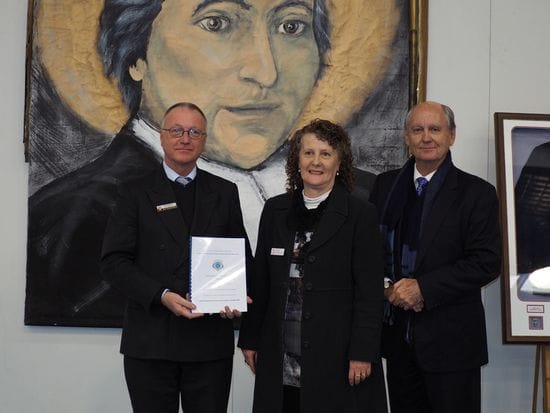 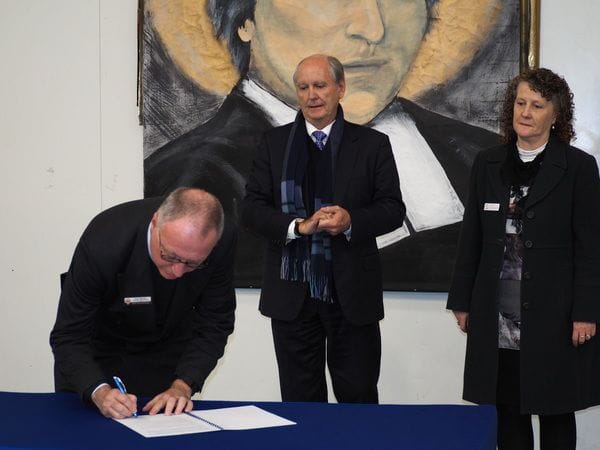 The coeducational secondary school, James Sheahan Catholic High School in Orange has continued its proud commitment to the Lasallian charism during a special signing ceremony at an all school assembly, attended by over one thousand students.

The De La Salle Brothers first commenced their mission in Orange in 1928 and their initial focus was on providing education to boys in the regional hub in central New South Wales. 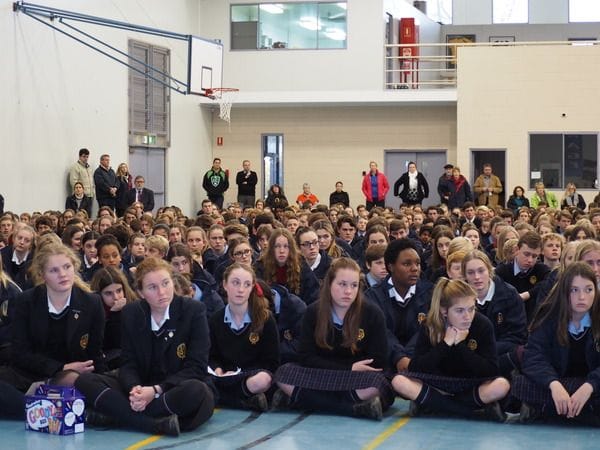 The current coeducational school was founded in 1980 and was named after Monsignor James Sheahan who was a revered priest in Orange for nearly 50 years.

The school brought together Santa Maria all girls school, run by the Sisters of Mercy and De La Salle Orange in an alliance which continues under a highly successful dual charism today.

At a whole school assembly, Mr Pauschmann urged the students to reflect upon the great sacrifices made by the pioneering De La Salle Brothers in the region in the 1920s who left an enduring legacy which is still so vibrant nearly a century later. 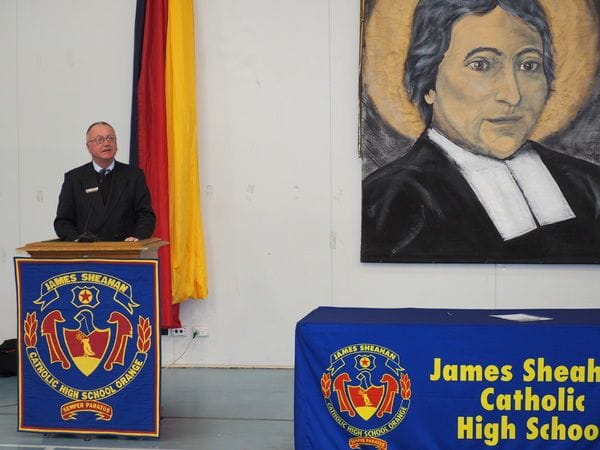 "We can't afford to become complacent and as students and staff, we have a responsibility to become the modern voice of the De La Salle Brothers and the Mercy Sisters who are not present in our school today", he said.

The Executive Director of the Lasallian Mission Council Merv McCormack shared some insights with the students into the global reach of the Lasallian family and the disadvantage faced by fellow Lasallian schools in Pakistan and Papua New Guinea.

The Student Representative Council at the school is currently considering a Twinning proposal with a fellow school in Pakistan, La Salle Girls High School in Faisalabad, which needs additional funds for a new computer lab.

The Chief Executive Officer of the Lasallian Foundation, Miranda Chow, told the student leaders about the many day to day struggles faced by teachers in Pakistan who lack adequate classroom resources and have very poor salaries compared with Australian teachers. 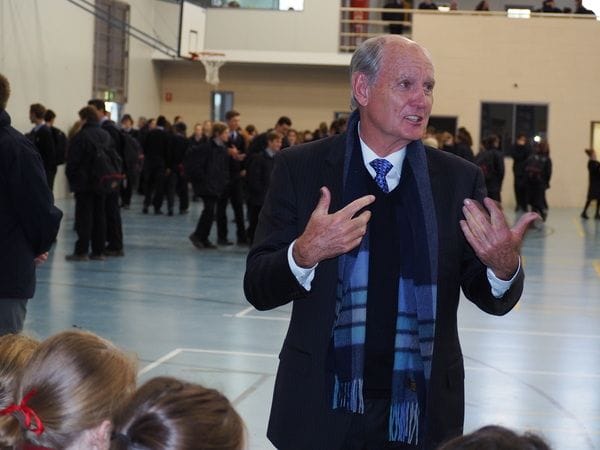 15 Year 11 students are selected each year to volunteer for the program in which they provide invaluable support in schools where many Sri Lankan students are still struggling from the trauma caused by a decades-long civil war in the country.

"The program is so popular that we have put a formal application process in place, including interviews because we only have the resources to send 15 students each year", Mr Pauschmann explains.

"It's been encouraging to see the great fundraising efforts the senior students put into the immersion program, with many taking on part-time jobs to fund their visit to Sri Lanka", he adds. 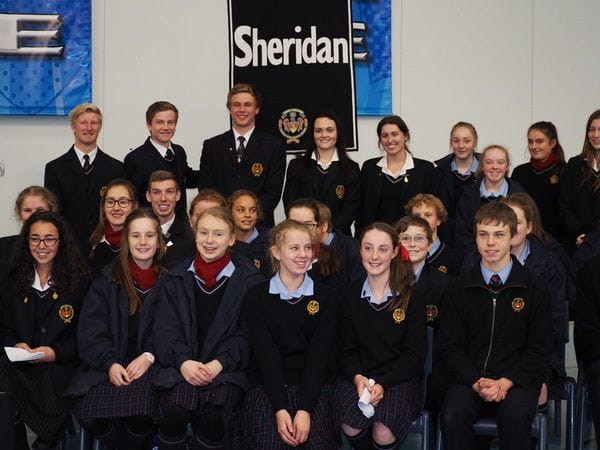 The Orange school also has a highly effective Positive Behaviour in Learning Program in place which has helped it maintain strong academic standards.

"It's based firmly around the principles of being respectful, being safe and being a learner, rather than upon written rules and consequences for bad behaviour", Mr Pauschmann explains.

The  approach is clearly working well with the school enjoying growing enrolments and plans underway to expand its current facilities, especially in music to cope with such strong interest from the local community in Orange.