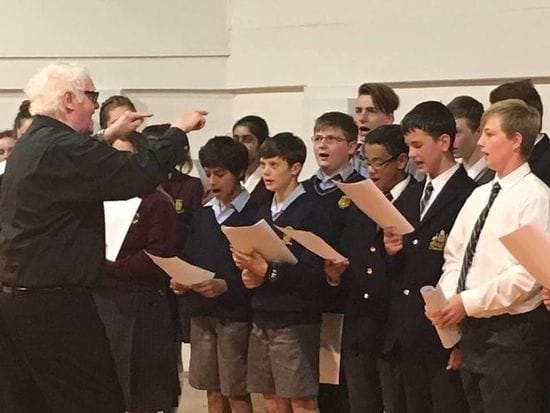 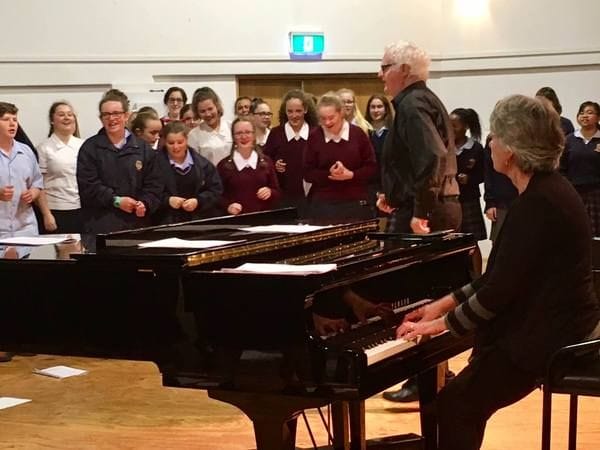 The Order of Australia recipient Richard Gill is not only one of the country's pre-eminent conductors, but also internationally respected as a music educator.

He began his career as a secondary music teacher in Sydney and continues to lead workshops for talented young musicians while maintaining a hectic schedule as a conductor for leading orchestras in Australia and New Zealand.

Alongside Richard Gill at the Orange workshop was the talented jazz drummer, band leader and music educator John Morrison. 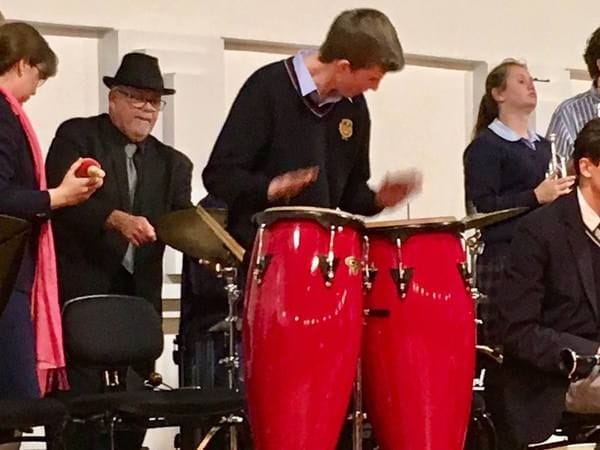 Over a remarkable 25 year career, John Morrison has toured China, recording with the Shanghai Symphony Orchestra and led music camps with a special focus on introducing jazz music to Indigenous students in remote communities in Queensland and the Northern Territory.

He has also performed extensively alongside his younger brother- the internationally respected jazz musician, James Morrison and other jazz greats, including James Moody, Don Burrows and Bob Barnard.

James Sheahan Catholic High music teacher Ms Amy Stevens said the workshop was a remarkable experience for the students where they not only had a great deal of fun, but also came away inspired by these two very talented Australians.