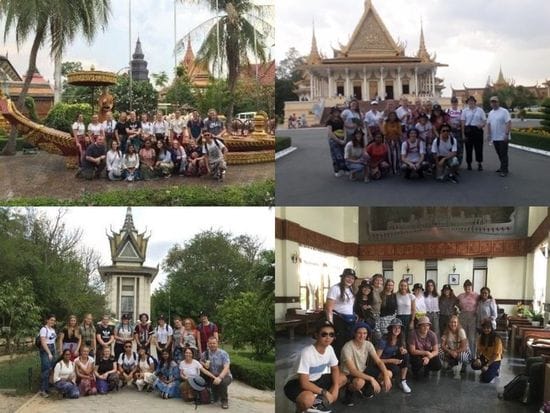 During the holidays between terms one and two, a group of sixteen students and two staff from John Paul College Rotorua, went on a service trip to a small Lasallian school in Po Thum, Cambodia.

After a long flight, we spent the first two days acclimatising and getting an introduction to Cambodia, including a visit to the Royal Palace in the capital Phnom Penh and a Buddhist temple.

Then it was off to the small village of Po Thum just outside of the capital to meet the brothers and celebrate the Easter weekend. After the Easter vigil on Saturday with a very large fire to light the Paschal candle, and then the Easter Mass on Sunday, we were invited to join in some games with the local community and help distribute some food packages to 35 of the poorest families in the village.

On Monday the real hard work began, morning prayers were at 5.15am (and most students attended at least once! four of the girls managed most days), breakfast at 6.15am and then students began to arrive from 6.30am for a 7 am start. There were four sessions in the morning starting at 7.45am (for us) until 11 am. Then it was lunch, cartoons and nap time. We all took advantage of nap time in the often 38°C heat! Afternoon lessons commenced at 2 pm and finished at 4 pm. After school our, students still had enough energy to play football with some of the older students in the village! The time before dinner and bed (early at 8.30-9.00pm and no-one complained!) was spent preparing for the following days lessons. Our students taught English, Maths, Crafts and Jump Jam. Three of our students also created a lasting memory on a section of wall in the school compound. (below) However, before we knew it, the week was over, and it was almost time to leave and give the students their colouring pencils. But before we left, the brothers and teachers from the school organised a farewell dinner and birthday celebration for Skyla, who was 16! After returning to the comfort of our hotel on Saturday, we did a little shopping and then on Sunday we learned more about the history of Cambodia as we visited the Killing Fields and saw the memorial to the terrible genocide during the rule of Pol Pot.  We then flew to Siem Reap to spend the last few days of the trip doing very touristy things; we visited the temples of Angkor Wat and saw the sunrise, (another 5 am get up!). We also managed to fit in a bike ride in the countryside, a visit to the charitable circus and a final visit to a Buddhist temple.  Then it was time to return to New Zealand. A life-changing experience for our students, and time and efforts given to help those less fortunate than ourselves in a small Lasallian school in Po Thum, Cambodia. 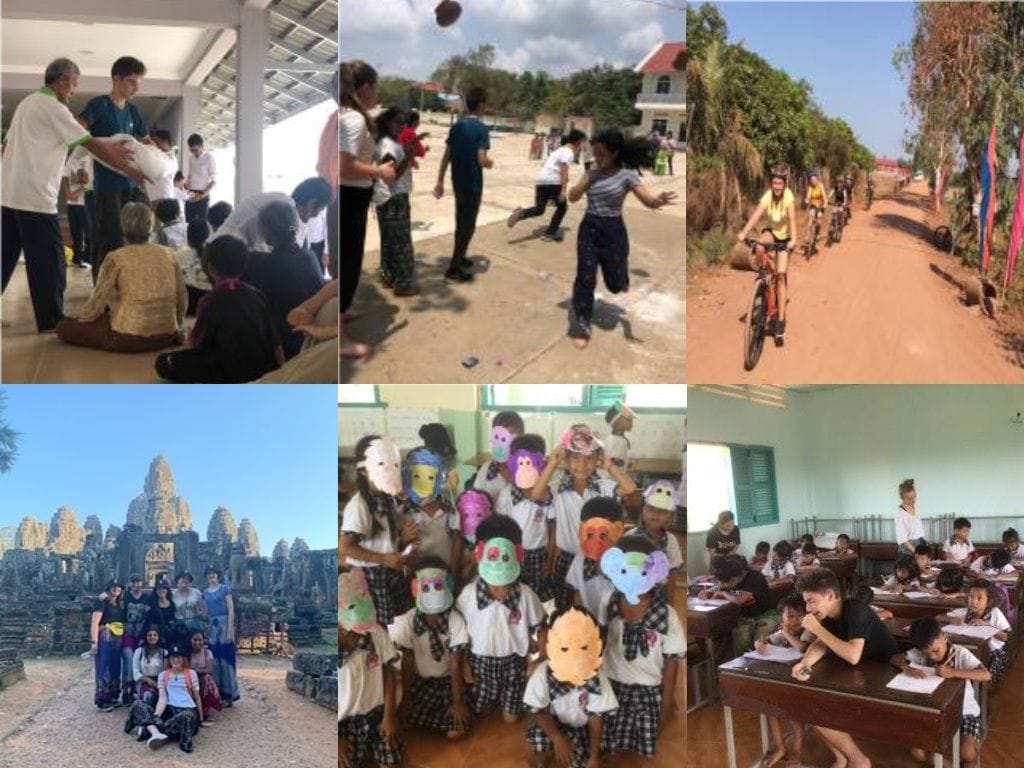