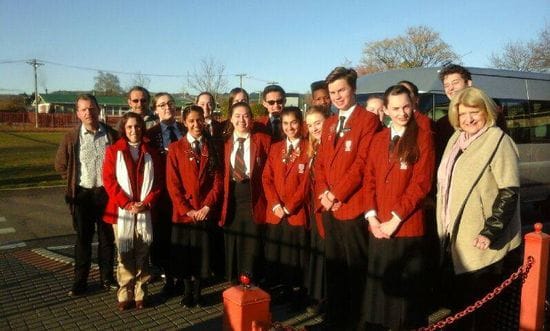 Congratulations to a team of junior and senior secondary students from John Paul College Rotorua who have won a major inter-school Catholic Cultural Competition, the Chanel Shield.

The competition is held annually and involves six secondary schools from the Diocese of Hamilton.

It is named in honour of the Patron Saint of the diocese, Peter Chanel, who was a French-born missionary priest who worked in the Pacific region in the 19th century.

This year the competition was hosted by Campion College in Gisborne and a team of three junior and 12 senior students from John Paul College participated in the event.

The senior section covered an impromptu and a prepared speech, debating, poetry, a bible reading, drama and a bible quiz.

The result is a great credit to the school and the four staff members who helped the students prepare for the competition, Mrs Karen Bloomfield, Mr Stephen Bloomfield, Mrs Gabrielle Thurston and Mr Arthur Faulkner.