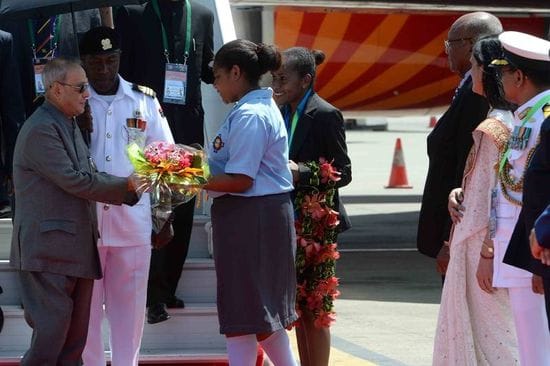 A senior student at Jubilee Catholic Secondary School in Port Moresby, Debra Begari had the special honour of representing her school at an official welcome for India's President Pranab Mukherjee during his historic visit to Papua New Guinea.

It was the first ever state visit by an Indian head of state to PNG and Debra presented President Mukherjee with a bouquet on the airport tarmac when he arrived on 28 April.

The Indian President later held talks with PNG's Prime Minister Peter O'Neill and was guest of honour at a banquet hosted by the Governor General Sir Michael Ogio.