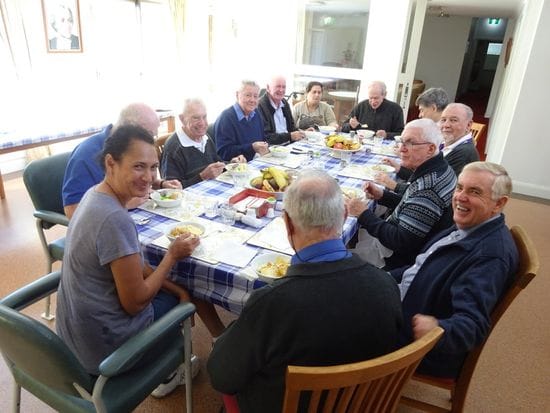 Due to a member of the community not being available for the 15th, we had Mass of the Founder, organised by Ray, on 14th May. Fr Kevin MSC led us in Mass which included a reflection by Gerard. After Mass we were joined by Fr Kevin for lunch during which Gerard cut the Anniversary cake.
Author: Br Bill Shaw
About: De La Salle Brother
Subscribe via RSS
Tweet