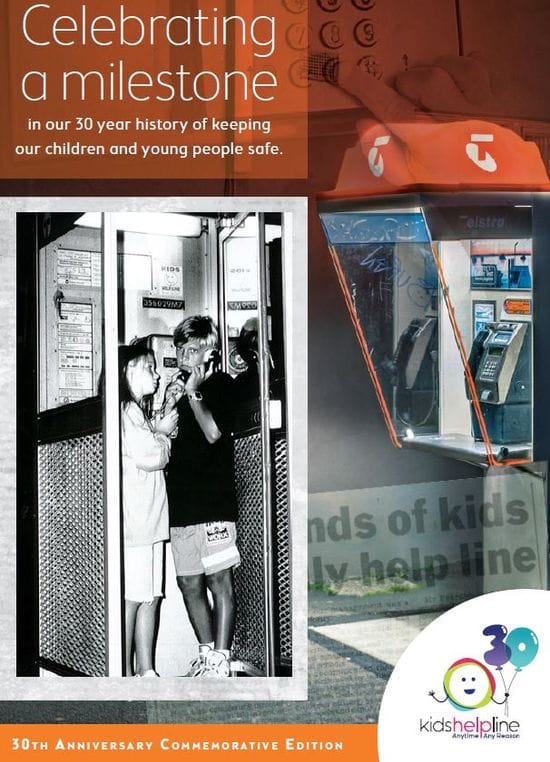 When Kids Helpline launched as a 24/7 phone counselling service in 1991, it changed the way children and young people in Australia reached out for support. Over the decades since, Kids Helpline has continued to break new ground and is now regarded as a crucial part of mental health and child safety systems.

To celebrate Kids Helpline's 30th anniversary in March 2021, we proudly share some of the highlights of our journey so far.

Where it all started

In the late 1980s, support services for young people were inconsistent, at best. Children with personal problems or family issues were oˆen nervous or confused about where to turn for confidential advice, referrals or crisis counselling. As for around-the-clock services for anyone under 15? There were none.

At the same time in Beaudesert, south-west of Brisbane, BoysTown Director, Brother Paul Smith was investigating programs to support children in times of crisis, especially when there was domestic violence, abuse or neglect at home. Br Paul discovered a 24-hour, 7-day-a-week phone counselling service in the UK called Childline and he saw the potential it had to help at-risk children here.

"He found out about this particular model overseas organisation at that point had the financial capacity to trial the service and that's why we launched Kids Helpline as a Queensland-only service to start with."