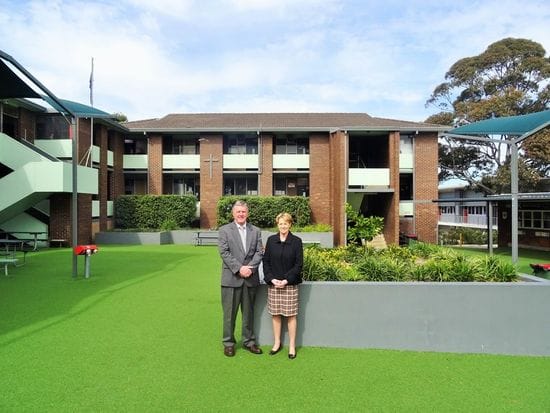 After a long history as a largely all-boys school, La Salle College Bankstown is accepting girls into its Year 7 class next year, with plans to become a co-educational school by 2021.

The shift has been driven by concerns from local parents in an area with a shortage of Catholic secondary schools.

The move is expected to more than double the student numbers at La Salle College from 500 to 1100 students over the next six years.

The school's principal Michael Egan says he believes the shift towards co-education is long overdue.

"It's been at the behest of the parents because the largest all girls school is a long drive away in Milperra. Parents will find it a lot more convenient to drop their children off at one school", Mr Egan said.

The shift towards co-education will broaden the range of subjects on offer to Year 7 students, including dance and drama.

The school has appointed a Director of Transition, Leonie Dowd to help oversee the changes.

Ms Dowd has had extensive experience in girls education as a former Assistant Principal at Mary MacKillop College, Wakeley.

She says there will be some subtle curriculum changes introduced at La Salle College from next year.

"For example, in Technology and Applied Studies, Year 7 students will be able to make a jewelry box rather than simply a tool box", Ms Dowd said.

"In science, they will be able to learn about female role models like Marie Curie and there'll be a broader range of novels studied in English classes", she added.

Principal Michael Egan believes the shift towards coeducation will help raise the academic standards of the school as well as it broadens the range of subjects on offer.

The school is also introducing a Solomon Opportunity Class in Year 7 next year to cater for intellectually gifted students.

Mr Egan says the expansion of the school will help it cater more effectively for a growing Catholic population in Sydney's south-west.

"In actual numbers, there are more Catholics in this area than there have been before. So we're looking forward to having a facility that will meet the needs of that growing community in the years ahead", he said.