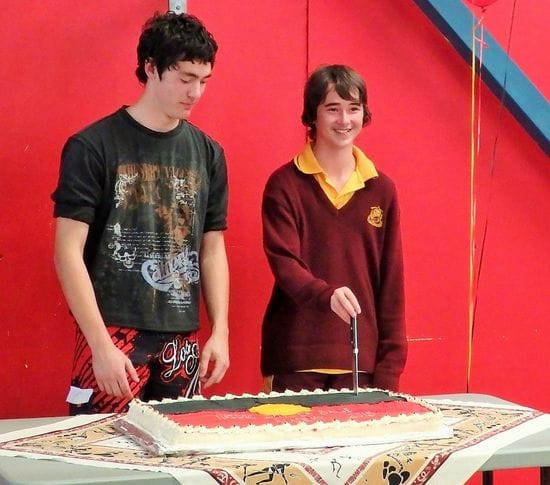 Indigenous Elders joined with students and staff to mark NAIDOC Day at La Salle Academy Lithgow on 15th of October.

Students at the coeducational high school helped create a community recipe book to mark the event.

Indigenous Elder and Order of Australia recipient Miriam-Rose Ungunmerr-Baumannn was one of the guest speakers at a whole school assembly, speaking about her experiences as a former primary school principal, artist and writer.

She spoke about her own spirituality which combines her strong Catholic faith with traditional beliefs.

Veteran ABC sports broadcaster and Gurindji man Charlie King, also an Order of Australia recipient, told students about some of the community projects he has been involved in in youth advocacy and in countering domestic violence.

Presentations were made to the winners of the annual NAIDOC creative writing and art competitions.

The NAIDOC commemorations concluded with a community mass to mark Aboriginal and Torres Strait Islander Sunday.