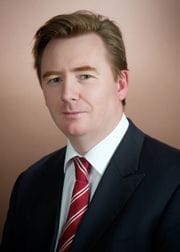 One of the country's leading neurosurgeons and current National President of the Australian Medical Association, Associate Professor Brian Owler attributes a lot of his success to the education he received at Lasallian schools.

Dr Owler has been at the forefront of medical research and public health advocacy for many years, playing a pivotal role in road safety awareness campaigns in New South Wales.

He is a consultant neurosurgeon at four Sydney hospitals and is conducting a randomised controlled trial of deep brain stimulation surgery to help treat cerebral palsy.

Dr Owler says he has very fond memories from his days as a student at Lasallian schools where he developed a great interest in maths and science, combined with a strong commitment to social justice.

"They were formative years for me and the teachers had an enormous influence on me", he explains.

"There was a real academic focus, combined with an emphasis on discipline, ethics, morality and social justice".

Through his work as AMA National President, Dr Owler has campaigned strongly against any move to introduce fees for GP visits and to raise greater public awareness around domestic violence and alcohol abuse.

He says his Lasallian education left him with a strong commitment to fairness where everyone was made to feel welcome from diverse cultural backgrounds.

"I remember Year 6 students from refugee backgrounds who couldn't speak a word of English, but they were welcomed in by all the teachers and I made a lot of friends from all cultural backgrounds".