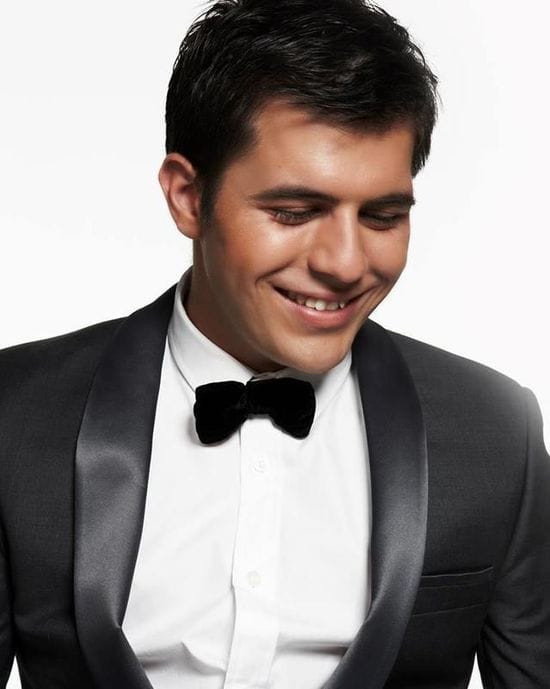 For a young man of only 21, De La Salle Caringbah and Cronulla graduate Mark Vincent stands out for not only his incredible talent as a singer, but also for his great humility and selfless charity work.

Since winning Australia's Got Talent at the age of 15, Mark has gone on to release six albums, selling in excess of 500 thousand albums.

He has performed at seven Carols in the Domain in Sydney, including a memorable duet of the carol "The Holy City" last year with Jemma Rix.

Over recent years has also embarked on a highly successful musical theatre career, starring in 'Dirty Dancing' to packed theatres around Australia.

He was also selected to sing at the Prime Minister's memorial service for the victims of the Martin Place Siege in Sydney.

Mark attributes a lot of his success to the great support and encouragement he received through Lasallian schools.

"I had a great Principal at De La Salle Caringbah, Gary Burrows, who saw I had a real passion for the arts and worked with the staff there to help me along as much as he could", Mark explains.

"And then later on at De La Salle Cronulla, we had master classes in music with extra teachers coming in from the Conservatorium of Music which was really inspiring".

Mark says he draws heavily upon the strong values that were instilled in him through his Lasallian education.

"We were taught to always respect the dignity of others, that you need to give in order to receive and that you should always be true to yourself", he said.

"I particularly remember the strong values that were passed on by Br Luke Coyle who was a great mentor to me through the schools and sadly passed away a few years ago".

Since leaving school, Mark has enthusiastically supported a number of charity projects and is an Ambassador for the Save Our Sons Foundation which helps to raise funding and awareness to find a cure for Duchenne Muscular Dystrophy.

He is also helping to raise funds for the Victor Chang Cardiac Research Institute in Sydney.

The talented classical singer is now looking forward to the next chapter in his amazing career, including many overseas performances.

"My dream over the next couple of years is to perform more across Europe and the United States and to take my success beyond Australian shores".

"I say to people of my generation- give this music a chance because you will be surprised at how it can move you, speak to you".

"These are songs which have the ability to transcend several generations and their lyrics are simply timeless."