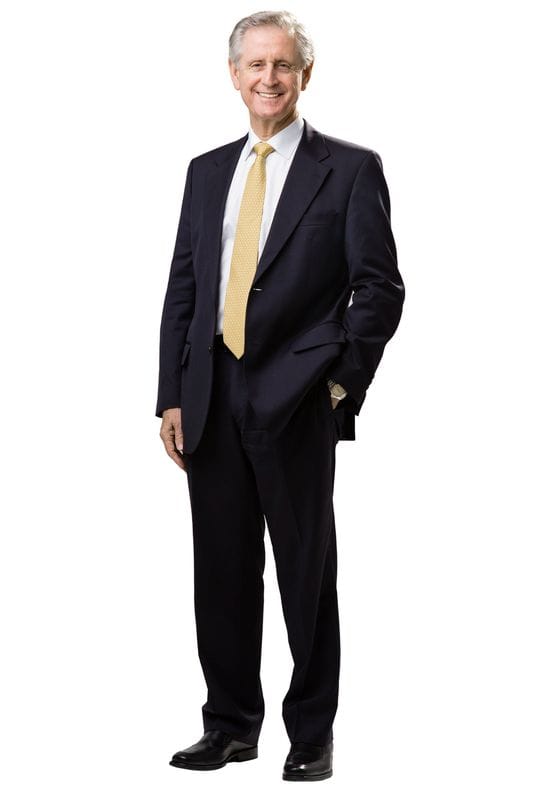 From chairing government inquiries through to delivering lectures at Ivy League universities in the United States, Dr Jeff Carmichael has earned a strong reputation as an internationally respected expert in the financial services sector.

An Officer of the Order of Australia, Dr Carmichael was the inaugural Chairman of the Australian Prudential Regulation Authority and spent 20 years with the Reserve Bank and seven years as Professor of Finance at Bond University.

He believes his love of learning and strong moral compass was instilled in him through his Lasallian education at Oakhill College in Sydney in the late 1960s.

A graduate of the class of 1968, Dr Carmichael spent his primary years in the central NSW town of Mudgee before coming to Sydney as a boarder at the Castle Hill school.

"I particularly enjoyed the maths classes at Oakhill and the strong international focus on social justice", he explains.

"We would have frequent visits from students from the Lasallian schools in Papua New Guinea which helped expose us to other cultures and a different way of life which has stayed with me to this day".

A talented scholar, Jeff Carmichael went on to undertake honours study at the undergraduate and postgraduate level at the University of NSW before gaining a place in a prestigious doctoral program at Princeton University in the United States.

He believes he has drawn strongly upon Lasallian values in his work, especially through his involvement in the Wallis inquiry in the 1990s which led to greater protection for consumers in dealing with banks, insurance companies and pension funds.

He has some strong advice for current generations of Lasallian students considering a career in finance.

"You really have to commit yourself to life-long learning because the financial world is constantly evolving", Dr Carmichael explains.

"It's also important to keep your moral compass and be prepared to speak out if you disagree with any questionable practices because ultimately you will gain more respect in the sector if you're prepared to do that".