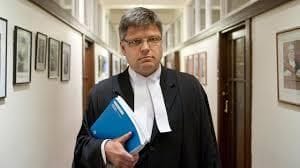 The National President of the Australian Lawyers Alliance, Greg Barns has a proud record of defending the disadvantaged as a barrister and human rights lawyer stretching back 30 years.

A graduate of De La Salle Malvern in the late 1970s, Greg says he started taking an interest in a legal career during his senior years at the Melbourne school.

"There was a very strong emphasis at Malvern on social justice and fairness and advocating for the rights of the marginalised which had a profound influence on me and my career path", he explains.

"The school has always taken a strong internationalist view on human rights and we were very much encouraged to focus on poverty in neighbouring countries like Papua New Guinea."

After his studies at Malvern, Greg went on to study Arts and Law at Monash University and was called to the Victorian Bar in 1986.

He also served as Chief of Staff to Federal Finance Minister John Fahey and was the Chair of the Australian Republican Movement from 1999-2002.

A strong advocate for the rights of asylum seekers, Greg left the Liberal Party in 2002 because he clashed with the former Howard Government's position on the issue.

Over recent years he has also taken on the role of Ambassador with the mental health advocacy organisation Beyond Blue.

Greg said the values he learned through his Lasallian education at Malvern still underpin his legal and charity work today.

"There was a great openness at the school towards cultural diversity coupled with that support for fairness and equality of opportunity".

He would strongly encourage today's generation of Lasallian students to consider a career in law or politics, saying the work can be incredibly rewarding.

"We need people with strong values and a commitment to social justice in those professions more so than ever before", Greg said.

"In politics, we definitely need more people who are guided by strong humanitarian values rather than short term self centered ambition", he added.