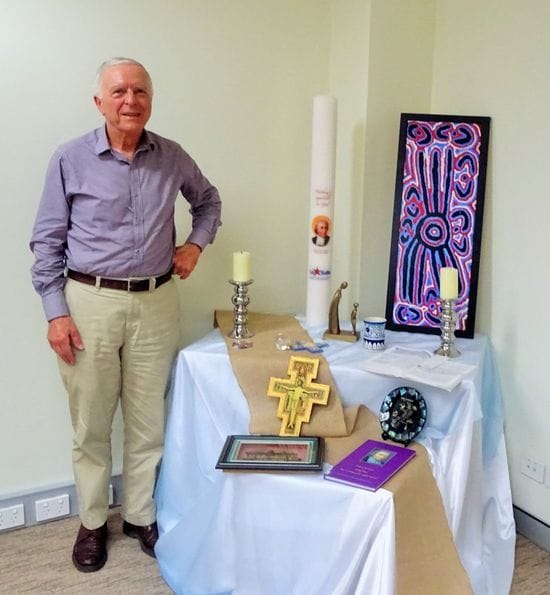 As a young boarder at Oakhill College in the 1950s, Hungarian-born Stephen Hunyor had high hopes of one day studying medicine at the University of Sydney.

But he never dreamed of becoming Professor of Medicine at that same university and one of Australia's most successful cardiologists.

"Even back then, we must have had one of the best science laboratories in the country and I quickly developed a great passion for physics and chemistry".

"Oakhill College gave me the skills and the support I needed to pursue a Commonwealth scholarship to study medicine because I would never have been able to get into the course otherwise".

Now a Senior Staff Cardiologist at Royal North Shore Hospital in Sydney, Stephen has published over 170 scientific articles and been invited to lecture in 13 countries, including stints at internationally prestigious universities such as Harvard.

"I was so fortunate to have had as a mentor at Oakhill, the first Australian-born De La Salle Brother, Benildus De Moulin", Stephen explains.

"He was a living saint with an incredible sense of empathy and service to others."

"As a boarder, I remember well when I was recovering from an acute middle ear infection and Br Benildus sat beside me, praying the Rosary with me", Stephen adds.

"My parents had spent time in a migrant camp in Bathurst and we had experienced a lot of hardship, so the support I received from the De La Salle Brothers had a profound impact on my life at such a young age".

He won international praise for his innovative work on pacemaker technology in the late 1980s and was invited to speak at universities across the United States, Europe, Asia and South America.

Over recent years, he has been turning his attention towards research in stem cell biology and how it could be applied to treat heart conditions.

Stephen urges current students in Lasallian schools to aim high and consider a career in medicine.

"The work is so rewarding and I've gained so much inspiration through the patients I've treated", he says.

"Being able to give a heart attack patient a better quality of life or reducing the blood pressure reading of a patient with diabetes, it's so incredibly fulfilling".

Stephen says while entry to medical degrees is far more competitive now than when he left Oakhill College, students may need to consider other pathways into medicine, especially through science degrees.

"Resilience is really important in medicine", he explains.

"I had my first PhD rejected and had to go back again and eventually turned failure into success".

"But ultimately, it's the Lasallian values of empathy and compassion that have guided me throughout my career and that all stems back to my time as a young boarder at Oakhill".