Lasallian Alumni to take to the World Cup Field 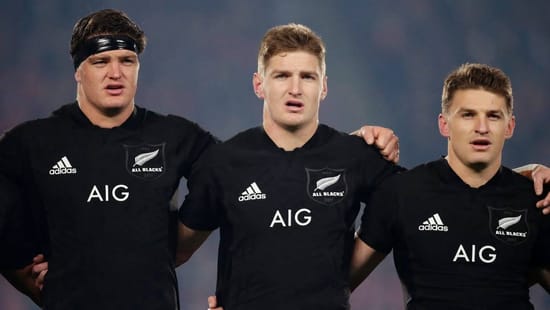 The World Cup this year had some very special participants among the hundreds of extraordinary rugby players from around the world. The All Blacks have a showcase Lasallian alumni among the squad, with 175 men selected to play in the team, seven of those men studied at Lasallian colleges in New Zealand. Francis Douglas Memorial College raised five men to play within the team and De La Salle College raised two.

Five students from Francis Douglas Memorial College, Beauden and Scott Barrett, Liam Coltman, Teihorangi Alden and Rickey Riccitelli represent their country and Lasallian pride this year as they step on the field in Japan. The Barrett brothers have been playing Rugby across New Zealand for years. With Beauden leading the Hurricanes, while Scott plays for the Crusaders. Liam Coltman and Teihorangi Walden play for the Highlanders while Ricky Riccitelli made his professional debut for the Hurricanes when he was 21.Principal Martin Chamberlain had a very proud moment when the selection of the four players was released, particularly as the school has produced 6 All Blacks in the past, including Rugby World Cup player, Conrad Smith in 2015.

"All the players know each other from the day they enter the school, we don't have a cheque book out to recruit boys to play rugby and we don't have an academy. The boys are taught to have the right temperament - to keep cool under fire on the field." Principal Chamberlain says.

Another Francis Douglas Alumni may not be on the All Blacks team, but refs the game, Paul Williams.

"It doesn't matter if you come from a small school, it's not impossible to be recognised".