Lasallian Family in the PNG Highlands 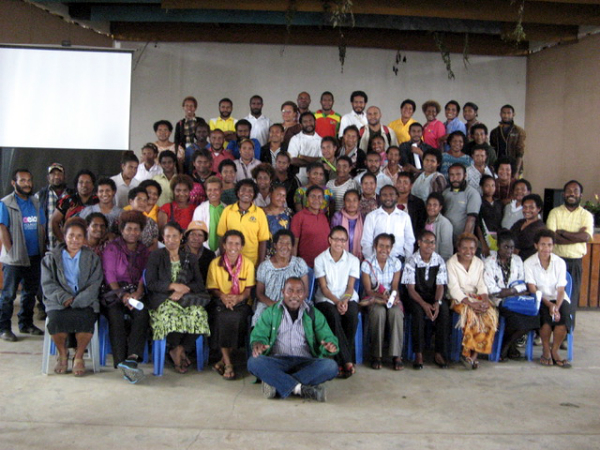 At the instigation of Mr James Wia Patron, came an invitation to a gathering of the Enga Lasallian Family in Wabag, north-west of Mount Hagen in the highlands of PNG.

Mr Wia, Ms Ellie Wia, Mrs Aillen Saleu and a few other teachers have recently introduced the Lasallian Family into this beautiful part of the country.

The invitation was formally issued by Mr Jacob Lyaki, Chairman of the Catholic Diocesan Education Board of the Diocese of Wabag.

Mr Wia's letter noted that 'the few sessions we [initially] had with teachers showed a great deal of enthusiasm'. That was certainly evident on Saturday 13 May, when Br Francis Gari generously drove Br John Cantwell the three hours or so from Mt Hagen.

The Brothers were welcomed first by Mr Wia and his organising team, together with a wonderful group of Young Lasallians, then by Mr Jacob Lyaki at the Par Holy Spirit Centre, a very accommodating venue for the gathering of more than 100 teachers from around the Enga province. The retreat was in preparation for Catholic Teachers Day on Monday 15 May, in celebration of St John Baptist de La Salle as Patron of Educators.

It was heartening to experience the interest and fervour of the people of Enga, including the inspiring group of Young Lasallians under the leadership of Mr Nerus. Some of them are trying to raise funds to attend the forthcoming Lasallian Youth Gathering in Sydney.

A highlight of the weekend was the Sunday Mass, organised by the teachers and celebrated by one of the two very hospitable SVD priests at Par. Including three colourfully graceful processions with singing and dancing, the liturgy was a moving tribute to the faith of people in this remote area of PNG.

On the following Monday various groups of the Lasallian Family at Holy Trinity Teachers College, Mount Hagen, participated in a session at the College. 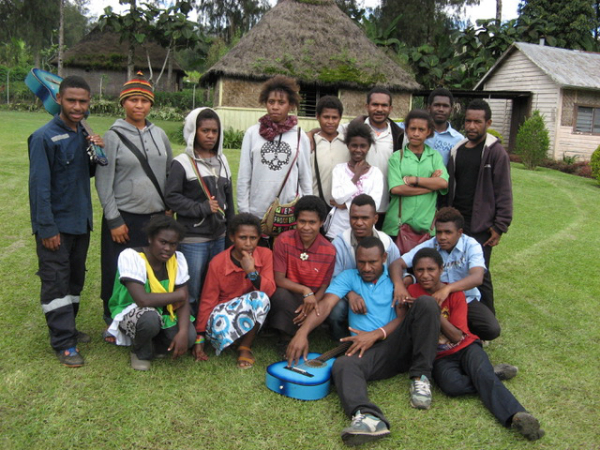 The event was organised and presided over by Lambert, Flora, Schola and their helpers and introduced by Principal Mr Miamel. Mr Koimo offered some closing remarks. The event was another instance of the great vitality of the Lasallian Family in PNG.

Bottom right: some of the participants at the Lasallian session, Holy Trinity Teachers College
Subscribe via RSS
Tweet