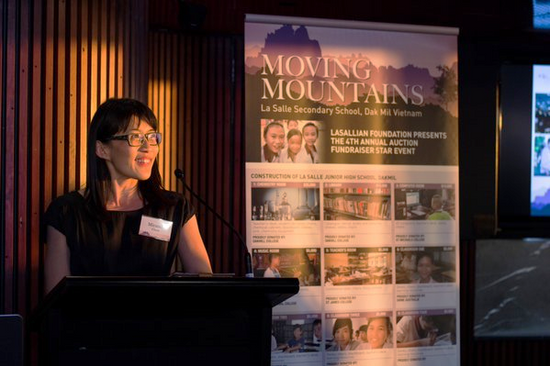 The Lasallian Foundation has raised over $150 thousand through an annual fundraising event to help tribal children in Vietnam, especially girls, access a high school education.

The money raised through this month's Eureka Star fundraiser in Melbourne will help build a new secondary school in Dak Mil with over half of the students expected to be girls, with many of them from the Montagnard tribe.

It brings the Foundation's total fundraising efforts for the project to a remarkable $759 thousand.

Montagnard children often drop out of the traditional education system because they can't speak Vietnamese.

Without an education, many Montagnard girls marry early and have several children to help earn money to support their extended families.

Construction on the new secondary school in Dak Mil will begin this year and is expected to take around 12 months to complete.

The school will be run by the De La Salle Brothers with a Sister's Congregation partnering with the Brothers in implementing the school's admission policy.

It will offer free education, including Vietnamese lessons and include space for a multipurpose hall, 14 classrooms and five science and computer labs.

It is the first time the De La Salle Brothers have run a secondary school in Vietnam since schools were nationalised in 1976.