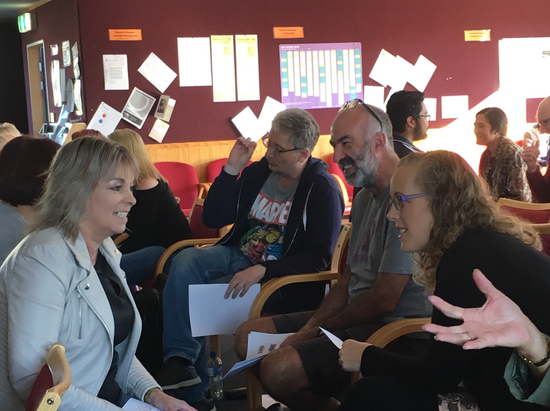 During April 26-27, a group of thirty-one participants new to Lasallian schools, gathered at John Paul College in Rotorua in the Bay of Plenty, for the Lasallian Heritage Program.

The beautiful autumn colours provided a soothing environment for the teachers, board members, and administration workers from the three New Zealand Lasallian schools.

The program took place on the final two days of the Term One holidays.

During reflection time, participants had the opportunity to identify key moments in their lives that have led each one of them to where they are on their own Lasallian journey.