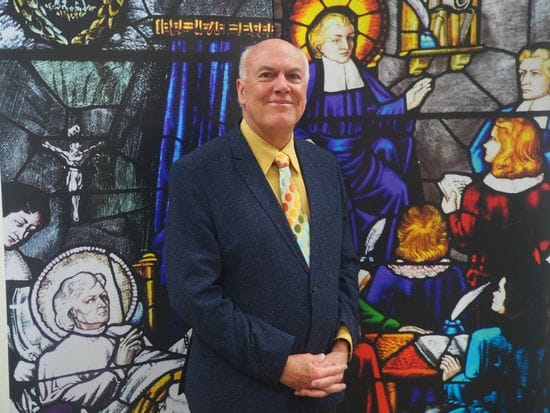 I am pleased to announce the appointment of Mr Wayne Bull as Board Chair of the Lasallian Mission Council, commencing 8th September 2018.

After 12 years of visionary principalship, Wayne concludes his time as principal of La Salle College Middle Swan at the end of 2018. His dedication and love of La Salle College have been exemplified and lived out in all that he has undertaken as the leader of the school. As a former student and Head Boy (1972) his association with the College has been long standing as has his commitment to keeping the Lasallian charism alive and flourishing.

During his time as principal, Wayne has ensured the College served as a shining example that the Lasallian charism continues to progress under the leadership of Lasallian Partners. Today La Salle College, Middle Swan is a flagship school in our Lasallian network.

In addition to his responsibilities as Principal, Wayne is a current member of the Lasallian Mission Council and has served also as a Commissioner of the Catholic Education Commission of Western Australia. In recent years he has been invited to give presentations to Lasallian Schools in Singapore and Kuala Lumpur.

In announcing this appointment, I pay tribute to Br Christopher Gorringe for his leadership as Chair of the Lasallian Mission Council since its incorporation in 2014. He will continue to remain on the Council as Deputy Chair.