Posted by Jordan Grantham on 18 October 2018 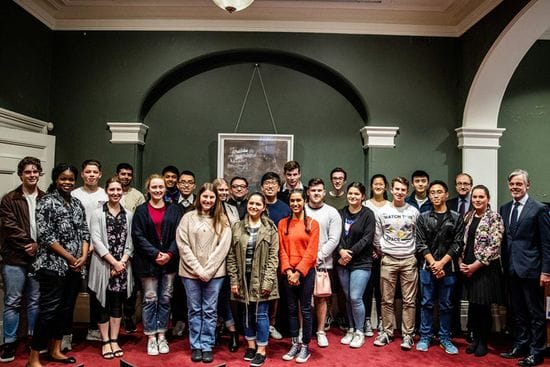 These students have distinguished themselves by their strength of character and academic achievements.

Western civilisation and its institutions were irrevocably shaped by Christ, whose Church pioneered and fostered the flourishing of universities, hospitals, schools, visual arts, music and technology.

Christ's birth, crucifixion and resurrection all occurred in Palestine, in the Roman Empire, through which many of the Apostles spread the Catholic faith.

Students will have the opportunity to explore this influence on contemporary society.

Read more at The Catholic Weekly