Posted by Julia Goonan on 3 September 2019 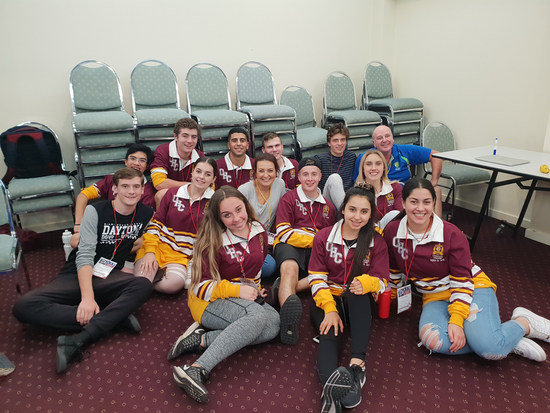 Roxanne Leopardi is a teacher at Oakhill College in Castle Hill. With theology as her major in her teaching degree, Roxanne naturally fits into the role of Religion teacher for every grade in the school. Having taught at Oakhill for the last 7 years, Roxanne took on the role of Lasallian Youth Leader Coordinator at the beginning of 2019, and has since thrived when it comes to celebrating and developing all things Lasallian within the school. We sat down with Roxanne to chat about her life as a truly committed Lasallian.

Where did you grow up?

I grew up Five Dock in Sydney!

What school did you go to?

Were you raised a Catholic?

Do you have kids how important is it to you that they get a Catholic Education?

I have two kids, one is two and a half and the other is six, my son goes to a Catholic school and we all go to church as frequently as possible. I think it's just to help them with a sense of belonging, I think that's really hard as a child and having a faith helps that as they grow up. I feel like, I know it sounds silly, but when you're brought up that way you tend not to question it too much when you're older, it's just a part of who you are.

How long have you been working at Oakhill College? What made you become LYL Coordinator?

9 and a half years, started in 2011. This is my first year in the role, although I've always been a part of social justice and mission things, it's really important to me. I think having someone being passionate about it, empowers students to use their talents as a service to others. It's not all heroes wear capes, some heroes wear school uniforms and I think it's really important.

What does being a Lasallian mean to you?

For me it's about teaching and building relationships that are focused on the Lasallian principles. Also, being Lasallian means being a good person who has respect for other people who is respected in return. That's my one classroom rule, respect, every other rule encompasses that. We are very lucky where we are and if we could give a bit of that luck to other people, what a great world we would live in.

How does being educated in a Lasallian School shape a person?

I think being educated in a Lasallian school, other than the fact that we are preparing them and qualifying them to work in our economy, it teaches them morals and values for society. We help shape them to be people that they want to be in the future. To stay true to themselves and know that we are here and know that they are not alone.

What have you accomplished in your career so far?

Other than, I believe a respected colleague and friend, I think coming into work and loving it every single day is an accomplishment in itself.

How has the way you teach religion changed over the years?

For me, originally when I first started teaching it was all about the quality of content, I think now it's about understanding that it isn't all about content, it's about making sure that students feel safe and respected in that environment we are teaching about religion. We are always trying to model good, moral behaviour for them. I think it's about your actions and words, it's not out of a book anymore.

What is it that you like about working with students?

I love everything about it, it's nice to see the students outside of the classroom environment where they may not feel comfortable all the time. I see them really shine on their own. I think also, it's really nice to see them walk in the footsteps of those that came before them, essentially we are all walking in the footsteps of St John Baptist De La Salle and throughout that history we have been mimicking it and hoping that we can really achieve that same thing, reaching out for the concerned and poor and realistically, I just treat them how I want to be treated. I don't speak down to them, I'm pretty honest and open which I think allows them to be.

Describe two goals you have achieved in your career?

Driving the importance of the LYL program, it's not just about what we do for the community but what we do for these kids and empowering them, making them realise their full potential because it's not always school captains or straight A's kids that want to be an LYL. I think also just my contribution to the mission team, I've had ideas in the past and we've got there!

Do you have any goals for your role over the next year?

There's heaps of little ones but I honestly want it to be brought out to other years. I'd love there to be a program for year 7, 8, 9, 10, 11 and 12. I really do, could you imagine that empowerment, coming into a school in year 7 where you can contribute to something so early? I think that would be amazing.

What would you tell your younger self?

I wrote this down, this is like my life quote "You are terrific just as you are, but that doesn't mean you shouldn't work on your rough edges and areas of ignorance and inexperience".

Who is your role model? Why do you look up to this person?

My mum, Anne Leopardi. I think she is the epitome of hard work, passion, faith, love. She doesn't tolerate negative people in her life and she doesn't care what people think. I think I could work on that a bit more.

What does the future look like for Roxanne Leopardi? Where would you like to see yourself in the next 5-10 years?

I like the idea of not knowing but working hard anyway. One of my year 12's was doing a philosophy question in religion the other day and asked me, "Miss, if you found a book with your life in it, would you read it?" And I said no I don't want to know, I love the journey. It doesn't matter where you go, enjoy the ride. 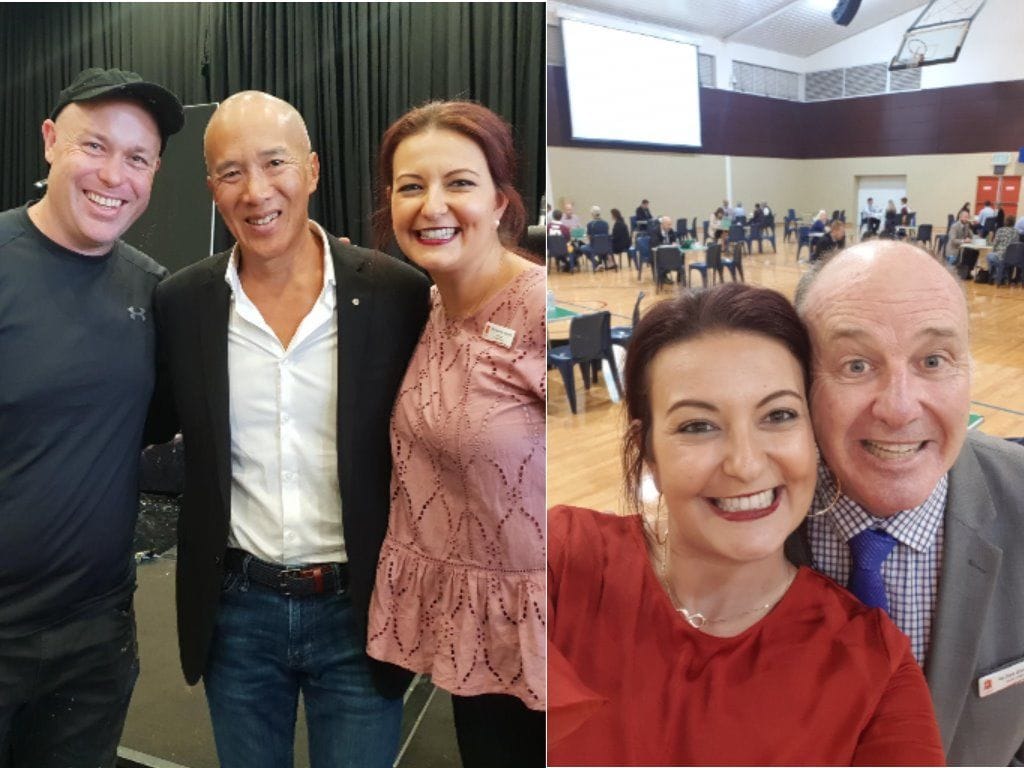