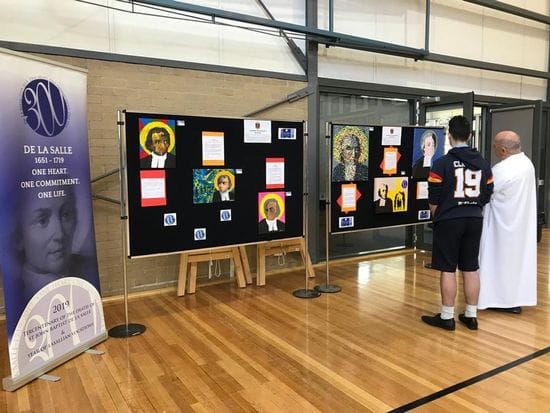 The Tercentenary Year provided us with opportunities to reflect on and celebrate our past, imagine and create a future filled with hope, while living in the present moment in the presence of God.

The artwork theme was: "St John Baptist de La Salle the man, his life, and the mission" and the set criteria was to create:

The winners of the various prizes were:


For his piece, Tait Bennett wrote: My artwork is celebrating the Tercentenary of Saint John Baptist De La Salle.


"Show yourself in all respects to be a model of good works. And in your teachings show integrity, dignity." [Titus 2:7]