Lasallians from opposite ends unite 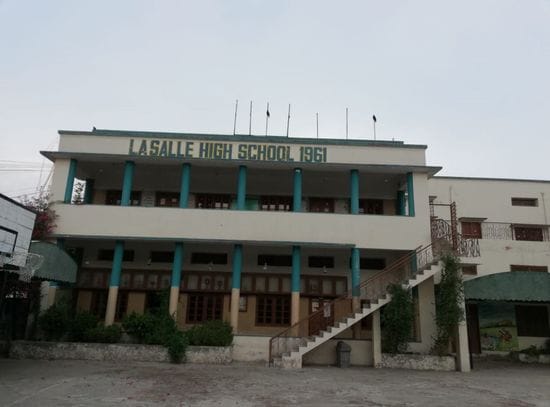 The De La Salle Brothers took over the management of La Salle High School, Faisalabad, in 1961, from the Diocese of Faisalabad. Co-educational primary classes (Nursery to Grade 5) were established in 2002, and a separate girls' school (La Salle Girls High School) was established in 2012 on the same site, with the two schools having a common Principal and governance structures.

Five hundred sixty-five girls were enrolled in 2020, spread over 11 classes from Nursery to Grade 10. In Pakistan, it is both legally and culturally unacceptable for secondary school students (aged 11-18) to be in a co-educational situation; girls are therefore taught separately from boys and have their own dedicated recreation area.

Staff strive to provide a comfortable environment for the girls who attend, to educate and instil in them moral values. Since its inception, the school has shown outstanding results in matriculation exams.

The girls' school occupies the oldest building on the La Salle College site, and in 2019, the roof ceiling of the building began to collapse, forcing staff and students to evacuate to the boys' school. In Pakistan, it is not culturally acceptable to have girls' classes on the boys' campus, so the need for repairs is urgent.

La Salle University Nezahualcóyotl in Mexico has committed to raising the USD  86,000 towards the structural repair of the classroom block. The assistance of the Lasallian International Solidarity and Development Secretariat in sourcing a donor is acknowledged and appreciated, as is the willingness of La Salle University Nezahualcóyotl in raise funds for this project.