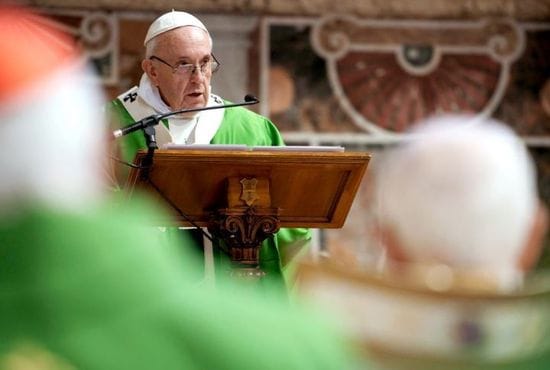 The Lenten season is a reminder for Catholics that overindulgence ruptures communion with God, with others and with creation, Pope Francis said.

A failure to live as children of God can give way to sin, which "takes the shape of greed and unbridled pursuit of comfort, lack of concern for the good of others and even of oneself," the pope said in his message for Lent, which begins Wednesday 6 March for Latin-rite Catholics.

"Unless we tend constantly toward Easter, toward the horizon of the Resurrection, the mentality expressed in the slogans 'I want it all and I want it now!' and 'Too much is never enough,' gains the upper hand," he said.

The Pope's Lenten message, which was released at the Vatican on 26 February, centred on a verse from St Paul's Letter to the Romans in which the apostle proclaims creation's "eager longing for the revealing of the children of God."

This longing, the Pope Francis said, is "a journey from Easter to Easter toward the fulfilment of the salvation" that all Christians have received through Jesus' death and resurrection.