Posted by Jordan Grantham on 19 November 2018 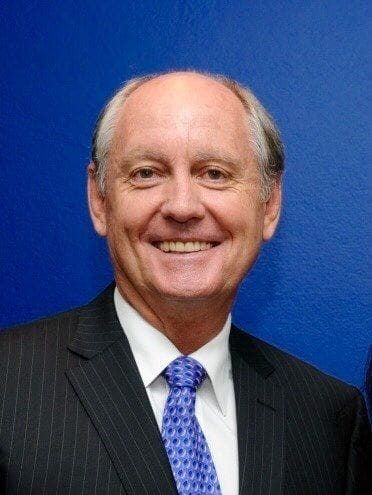 Merv McCormack, Executive Director of the Lasallian Mission Council, has been lauded as mentor and inspiration by the long time friend, John Murphy, Principal of St Bede's Catholic College, Chisholm.

Below is John Murphy's interview about his career and work as Foundation Principal for the new school in the Maitland region.

John Murphy is the Foundation Principal of St Bede's Catholic College in Chisholm, the newest school in the Maitland Newcastle Catholic Diocese.

What made you become involved in education?
As a student, I had significant issues in delivering in front of an audience. I wanted to confront my fears and to become like some of my teachers who I admired.

Where did you go to school?
St Patrick's College Strathfield Sydney which is a large Year 5-12 Catholic all boys school of over 1,400. I achieved my dream of returning as Assistant Principal and for the last year in 2016 as Acting Principal.

Was there a teacher you had that inspired you or stood out?
Merv McCormack who is the current Executive Director of the Lasallian Mission Council. He has remained a life-time friend and mentor and was an inspiration to me and my brothers and sister.

What do you hope to achieve in your role?
As Foundation Principal of a new co-educational Catholic High School in the Maitland region which commenced this year with Year 7 and will increase one-year group at a time until we become a large Year 7 12 school in 2023, I want to lead a school which will be at the forefront of contemporary education.I want students to live authentically by the Gospel values that underpins all that we do and to engage in a type of learning that will be uniquely authentic. I want to led a school where we will achieve our vision which states "Students will leave St Bede's Catholic College as confident and reflective young adults, embracing learning, searching for truth and living their faith in a contemporary world."

If you were Education Minister for a day, what is one thing that you would change?
I would restructure the HSC by reducing the maximum number of units to 9, with the flexibility of reducing this to 8 in Year 12.
This would include English and three other 2 unit subjects, with the flexibility of picking up a 1-unit subject which would cater for the extension subjects and the teaching of Religion in Religious-based schools. Replicating a more realistic University/TAFE curriculum structure would allow a greater depth of learning in chosen subjects and to diminish the unrealistic study expectations on students.