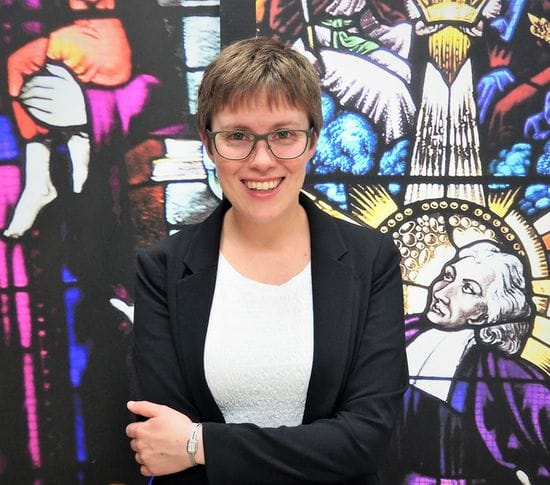 During the first two weeks of February, Lasallian Mission Services staff member Amanda Proulx was back in Rome at the Generalate as part of the writing committee for a forthcoming Institute document on Formation. Amanda has taken part in this project over the last several years as a participant in a formation research seminar and then as a member of the committee.

The request for an update to the current Guide for Formation came from the most recent General Chapter. CIAMEL advanced the project by requesting that a new Guide be written which was for all Lasallians, both Brothers and 'Partners.' What has unfolded since then was a dynamic and creative process of collaboration between the Formation Secretariat in Rome and Lasallians all over the world, with many stages of input and feedback."What we have produced together will hopefully be informative, inspirational, and a useful tool for Formators," Amanda said. "Participating in the process of preparing this document has been an incredible privilege and honour. As the only female writing committee member and one of two lay people (both Young Lasallians), I was aware of the responsibility I had to give voice to the perspectives, concerns, and hopes of many members of our Lasallian community. Our District also represents a unique and dynamic reality of the Mission lived in diverse yet united contexts, so sharing the context in which we engage in Formation for Mission with other committee members was important. I hope that my contributions were helpful in these areas."

The document, now in its final draft, has been submitted to the General Council for consideration during their current session. It is hoped that it will be revised, translated, and published in the near future.