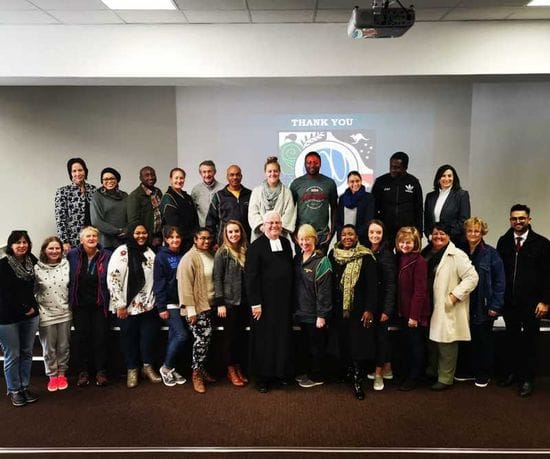 Damian Khoury, Youth Ministry Coordinator and Brother David Hawke travelled to Johannesburg, South Africa after being invited by Debbie Harris (Principal) and Brother Gabriel, an Irish brother who has been in South Africa for over 25 Years. Damian and Br David visited De La Salle Holy Cross College and La Salle Discovery, two Lasallian schools that form a part of the Lwanga District in RELAF. They received a full and thorough itinerary with the opportunity to share about our Lasallian Spirituality of the Human and Christian education of young people, especially the poor and spoke about the Tercentenary. They also shared how our youth ministry and District ANZPPNG model function.

Damian and Br David presented to all the staff from both Primary and Secondary campuses at both Colleges and over a thousand students ranging from Kindergarten to Year 12. They had the opportunity to meet with the Board of De La Salle Holy Cross College and upper management of the schools to share how a Youth Ministry model can work in a school and the impact it can have.The community in South Africa showed interest in the Lasallian Volunteers program, particularly after hearing about Amy Hancock, a Lasallian Volunteer now living in Australia, who use to attend De La Salle Holy Cross College. Both Damian and Br David found that there is a need and passion for Youth Ministry at the schools.

"This trip reminded me how lucky we are to have this team of Lasallian Mission Services, how much I have learnt over the last 5 years working in the Mission and how we really are right at the front of the Young Lasallian Ministry and Youth Ministry game."

There was an opportunity for Br David and Damian to meet with the parents of the students from De La Salle Holy Cross College. The parents showed a great interest in hearing how being a part of a Lasallian community is unique and special, and how they have an important role to play in their community.

As the trip continued, Damian and Br David spoke to different year levels including a vibrant group called Lasallian Youth, which is made up of students ranging from Year 8 Year 12. The students responded well to the songs and activities, learning that each of us have gifts and talents that we can use to make the world a better place just like St. John Baptist de La Salle.

The three staff workshops were a great success with input about how to work towards having an inclusive model of the Lasallian Charism with the focus on the idea that Community Service and Faith need to all work hand in hand but intentionally in that order. The staff were very interested in the Pakistani schools, our District model and the youth ministry model.

Damian reflected on the trip, "There is an obvious need for a youth ministry model at the Colleges. The openness from the staff and students and the great questions really showed me how much of a need our model fills in the schools we work with."

Towards the end of the trip, Damian and Br David visited a township where there is a serious need for education and safeguarding of children. A Brother in South Africa has set up a small school in three locations in a very rural part of the country, just outside of Johannesburg. Damian and Br David met children from the mission and were shown the harsh realities for these children from ages 4-16. Damian revealed, "It was really an eye-opening experience and really showed the contrast between the city and the slums even in the same country, I know this whole trip and experience has shaped and stretched me to the next level of ministry. I have a big privilege and therefore an even greater responsibility to continue this work and give others permission to do the same" 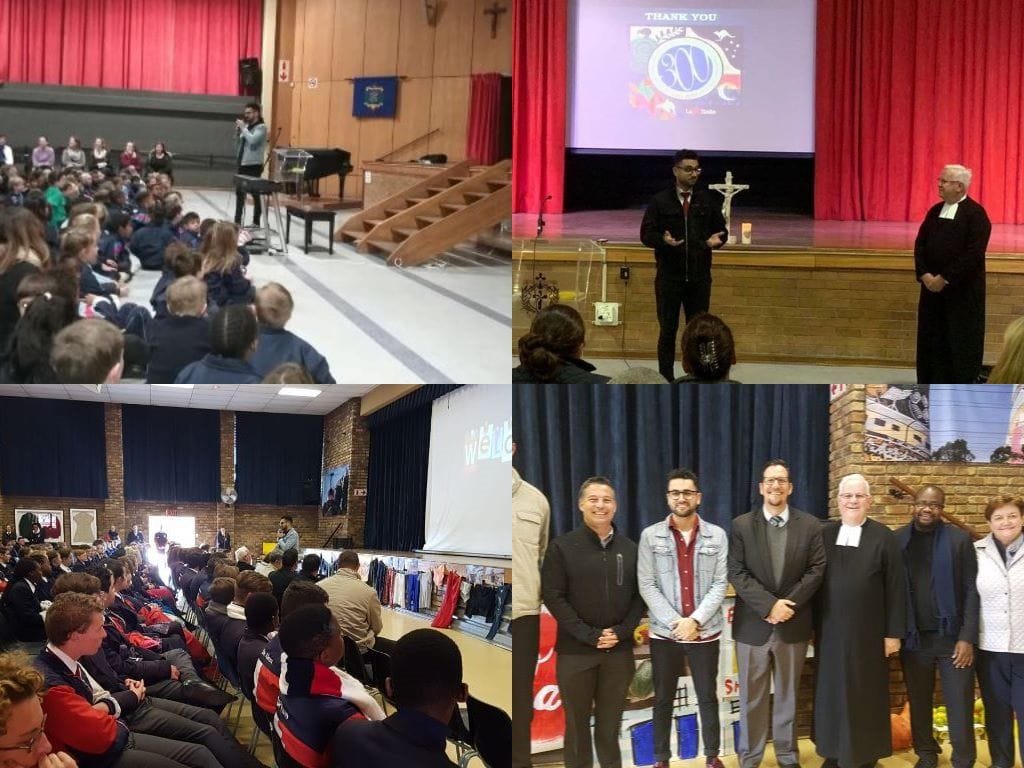