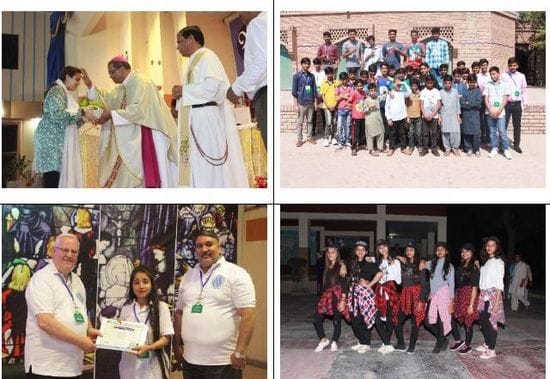 The Third Lasallian Youth Gathering Pakistan 2019 (LYGP2019) was held at La Salle Higher Secondary School, Multan. 180 students from 9 Lasallian schools in Pakistan along with Principals, Teachers and Brothers participated in the three-day event. The theme of the gathering, which coincided with the Tercentenary Year, was "One Heart, One Commitment, One Life".

The main purpose of the gathering was to educate young Lasallians on the life of Saint John Baptist de La Salle and the Lasallian Mission 'to serve and educate the poor, marginalised and deprived communities of society who have no access to education'.