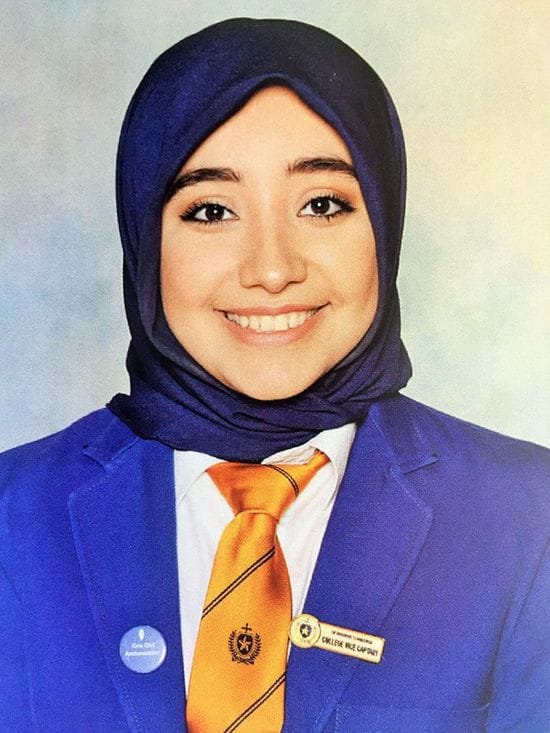 St Michael's College Henley Beach Vice Captain Melak Khaleel has been honoured with the school's most significant prize- the De La Salle Award in recognition of her outstanding contribution to the school.

Melak began studying at St Michael's in Year 10 and has played a leading role in Mission Action Days including a recent fundraising project to help disadvantaged communities in Pakistan.

The De La Salle Award is given annually to a graduating student who personifies the spirit and values of the college.

Melak has also been recognised with a Service to the College Award and now hopes to study international law and eventually work for the United Nations.

She wants to make an ongoing contribution to the Lasallians through alumni networks and is full of praise for the education she received at St Michael's College.

"Coming from a Muslim background, the school could not have been more welcoming", Melak explains.

"I love the school and saw first hand how it embraces cultural and religious diversity", she adds.

"When you see all the Lasallian schools making such a positive impact in Muslim countries like Pakistan, it's clear that Lasallians think of humanity first and actively encourage religious harmony".