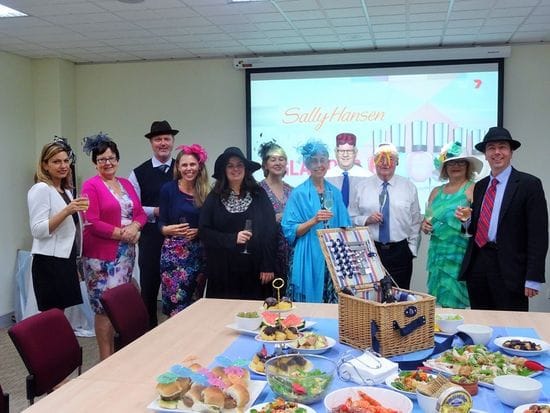 Staff got into the spirit of Cup Day with many colourful hats on display and a hotly contested office sweep was won by Accountant Janene Populin, with Provincial Br David Hawke picking the second and third horses from the hat!

Earlier in the day, Br Ricky visited La Salle College Bankstown and De La Salle College Caringbah where he received a warm welcome from students and staff as part of his two day visit to Sydney.

The visit will also include a dinner at the Brothers community in Kensington and a morning tea and a series of presentations at the Provincial Office.

Br Ricky will then travel to Melbourne for further visits to schools, Brothers communities and the Lasallian Foundation office.

He says one of the highlights of his visit so far was travelling to the remote Luurnpa Catholic School in the Kimberley region of Western Australia where he spent time meeting teachers and De La Salle Brothers based there.

He says the Australian visit has given him a stronger insight into the positive work being undertaken in so many diverse ways by Lasallians in Australia, including welfare work through BoysTown.