Message from the Brother Superior General 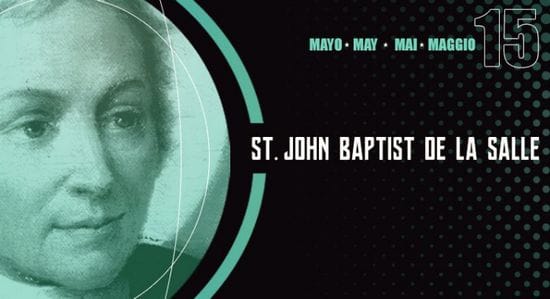 Signs of new life are everywhere!

On this feast of Saint John Baptist de La Salle, I recall the decision by the capitulants to the 45th General Chapter to designate 2019 as the Year of Lasallian Vocations. That decision was the culmination of a journey begun four decades ago when 11 women and men consecrated themselves as Signum Fidei members before the relics of the Founder and in the presence of the Superior General.

A new way of living the Lasallian vocation was born. In the decades since then, we have witnessed the appearance of a variety of vocational expressions: Lasallian Partners and Associates, Lasallian Volunteers, lay women, men and Brothers sharing community life, and young men continuing to respond to the Spirit's invitation to live as Brothers of the Christian Schools.

When Jesus's disciples were unable to imagine how to provide for the five thousand, Jesus said, "Give them some food yourselves." They replied, "Five loaves and two fish are all that we have unless we ourselves go and buy food for all these people." Seeing what they could not see, Jesus blessed five loaves and two fish and gave them to his disciples to set before the crowd. They all ate and were satisfied (Lk 9. 10-17). Jesus challenged the disciples to move beyond a preoccupation with what they were lacking in the awareness of what they had.

We are called to read the signs of our times with the eyes that Jesus urges the disciples to use and to see abundance rather than scarcity. Rather than focus on signs of diminishment, let us rejoice in the signs of re-birth.  Let us allow our imagination to envision a vibrant future!