MESSAGE FROM HIS HOLINESS POPE FRANCIS: THIRD WORLD DAY OF THE POOR 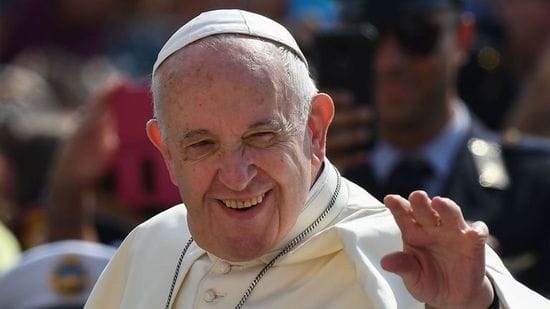 The hope of the poor shall not perish for ever

1. "The hope of the poor will not perish for ever" (Ps 9:19). These words of the Psalm remain timely. They express a profound truth that faith impresses above all on the hearts of the poor, restoring lost hope in the face of injustice, sufferings and the uncertainties of life.

The Psalmist describes the condition of the poor and the arrogance of those who oppress them (cf. 10, 1-10). He invokes God's judgment to restore justice and overcome evil (cf. 10, 14-15). In his words, we hear an echo of age-old questions. How can God tolerate this disparity? How can he let the poor be humiliated without coming to their aid? Why does he allow oppressors to prosper instead of condemning their conduct, especially in the light of the sufferings of the poor?

The Psalm was composed at a time of great economic development that, as often happens, also led to serious social imbalances. The inequitable distribution of wealth created a significant number of poor people, whose condition appeared all the more dramatic in comparison with the wealth attained by a privileged few. The Psalmist, observing the situation, paints a picture as realistic as it is true.
It was a time when arrogant and ungodly people hounded the poor, seeking to take possession even of what little they had, and to reduce them to bondage. The situation is not much different today. The economic crisis has not prevented large groups of people from accumulating fortunes that often appear all the more incongruous when, in the streets of our cities, we daily encounter great numbers of the poor who lack the bare necessities of life and are at times harassed and exploited. The words of Book of Revelation come to mind: "You say, I am rich, I have prospered, and I need nothing. You do not realize that you are wretched, pitiable, poor, blind and naked" (Rev 3:17). The centuries pass, but the condition of rich and poor remains constant, as if history has taught us nothing. The words of the Psalm, then, are not about the past, but about our present, as it stands before God's judgement.

2. Today too, we must acknowledge many new forms of bondage that enslave millions of men, women, young people and children.

Daily we encounter families forced to leave their homeland to seek a living elsewhere; orphans who have lost their parents or were violently torn from them by brutal means of exploitation; young people seeking professional fulfilment but prevented from employment by shortsighted economic policies; victims of different kinds of violence, ranging from prostitution to the narcotics trade, and profoundly demeaned. How can we overlook, too, the millions of immigrants who fall victim to any number of concealed interests, often exploited for political advantage, and are refused solidarity and equality? And all the homeless and ostracized persons who roam the streets of our cities?

How many times do we see poor people rummaging through garbage bins to retrieve what others have discarded as superfluous, in the hope of finding something to live on or to wear! They themselves become part of a human garbage bin; they are treated as refuse, without the slightest sense of guilt on the part of those who are complicit in this scandal. Frequently judged parasites on society, the poor are not even forgiven their poverty. Judgment is always around the corner. They are not allowed to be timid or discouraged; they are seen as a threat or simply useless, simply because they are poor.