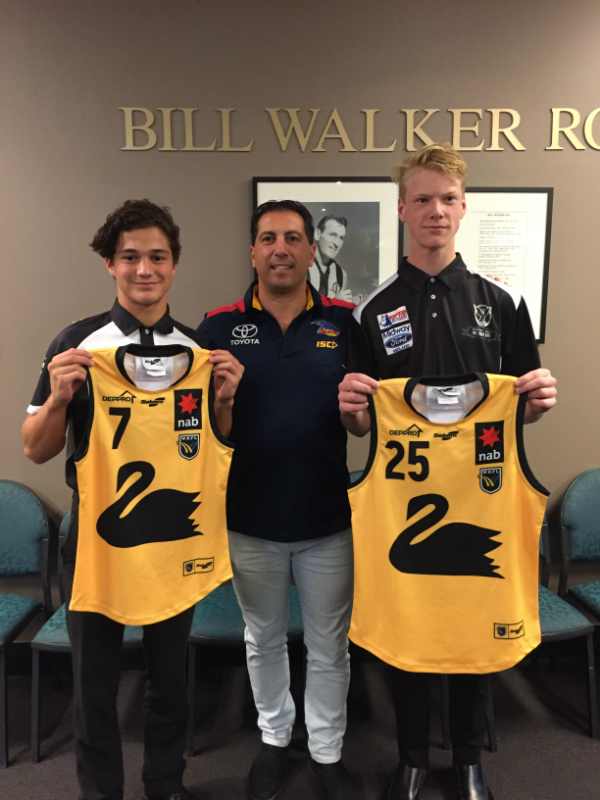 Both boys will participate in the Under 16 National AFL Championship which is taking place during June and July. Riley has been playing Colts football in the WAFL this season, he is a hard-working midfielder and has performed well against the State's under 19 division,  placing him in good stead for the upcoming National Carnival.

Jake is a tall defender with a powerful kick and outstanding marking ability. He can play at both ends of the ground and is looking forward to the opportunity to display his skills against the best players from around the country in the coming weeks. Jake is currently in line to make his WAFL Colts debut which is another great achievement at such a young age.

With bright futures ahead of Riley and Jake, we wish them all the best at the National Championships.