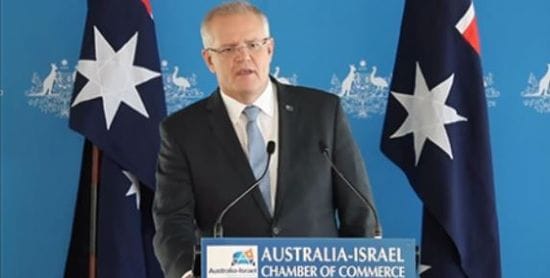 Mr Morrison has committed a new funding in a speech that emphasised the need to defend freedom of religion by protecting Australians at their places of worship.

The grants will range in size from $50,000 to $1.5 million and will be made available for safety measures such as closed-circuit television cameras, lighting, fencing, bollards, alarms, security systems and public address systems.

"When I say I believe in religious freedom and I am one of its staunchest defenders in Parliament I know it starts with the right to worship and meet safely without fear," Mr Morrison told the Australia-Israel Chamber of Commerce yesterday.

"Religious freedom is not just an inalienable right as free citizens. It is import to the very cohesion of our society. It is for many Australians impossible to separate their faith from their culture.

"Now this announcement, along with everything else we have announced over recent years is 'the how' of keeping people safe and we'll keep investing and working on 'the how', because the greatest responsibility of any government is to keep Australians safe."

Mr Morrison will link the new funding to an existing program, called Safer Communities, that has provided about $70 million over the past three years in grants for schools, preschools, community organisations and local councils.