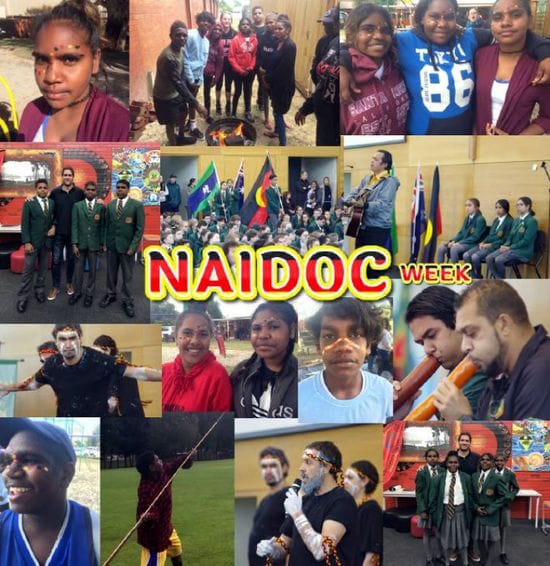 As part of the NAIDOC week celebrations, the staff and students from La Salle College, Middle Swan took part in several activities which highlighted different aspects of the Aboriginal culture.

Year 12 student, Joan Mandigalli said she felt very proud to be the Master of Ceremonies at La Salle College's NAIDOC assembly. The highlights of the assembly were special guests, Sasha Greenoff, the Wadumbah Dance Group, Des Headland and David Pigram.

"They were inspirational in the way they spoke so passionately about our Aboriginal culture. They explained that NAIDOC was not just about Indigenous people but about our whole nation coming together.Personally, I found it to be the most amazing day as it helped me to gather some real clarity about how Aboriginal people are free to express themselves culturally.I really appreciate the respect and understanding shown by the non-indigenous people at La Salle; it made me proud to be part of this school," said Joan Mandigalli Year 12, Balgo.