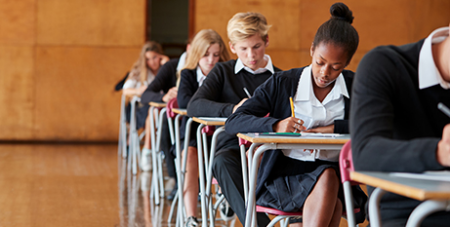 The Catholic Education Commission of Victoria's analysis of NAPLAN results from more than 120,000 students identified large differences in students' average scores linked to their specific cultural background and language spoken at home, more so than socio-economic factors.

The research has underpinned CECV's call for the cultural background of students to be considered when assessing school advantage or disadvantage, alongside other influential factors such as parental education and occupation and school location.

The appeal comes amid a federal review into the presentation of NAPLAN results that is investigating, among other things, the potential for misinterpretation or misuse of the data.

The federal Government's publicly accessible My School website publishes the NAPLAN data of all schools across the country, with each school allocated a score on the Index of Community Socio-Educational Advantage (ICSEA) to enable comparisons between "statistically similar" schools. However, according to the CECV, the exclusion of cultural background from the calculation of ICSEA scores meant a known impact on academic results was being ignored, resulting in schools being compared that were not necessarily similar.