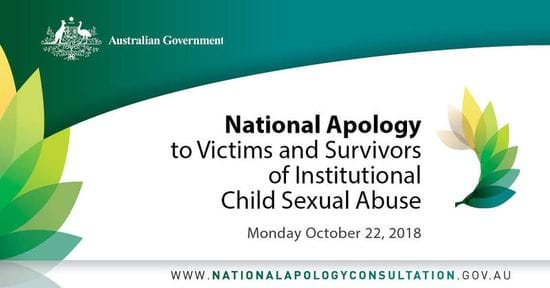 The De La Salle Brothers fully support the National Apology to the Victims and Survivors of Institutional Child Sexual Abuse.

We respectfully acknowledge that this is a day for them.

As we mark the National Apology the De La Salle Brothers openly accept the terrible legacy of child sexual abuse that is a part of our history in Australia.

As an institution where children suffered abuse whilst in our care, we stand with all institutions, government and non-government, in recognising our shared responsibility for these events.

On the occasion of the National Apology and on behalf of the De la Salle Brothers I extend again to all who have experienced abuse in our care, our unreserved apology for what has taken place and for the impacts it has had.

We take the opportunity to pay tribute to the courage shown by those who have experienced abuse in coming forward, telling their stories of what has happened to them and their role in creating a safer future for children in Australia.

The De La Salle Brothers are committed to continuing to work to bring some healing to lives damaged by abuse, providing support, counselling, personal apology and monetary payments in recognition of what they have endured.

We have committed to joining the National Redress Scheme and have applied to the Commonwealth to seek approval as a participating institution.