Young Australians question whether Section 44 is relevant in modern Australia

Who should be eligible to sit in our Parliament? That is the issue student delegates will consider at the 23rd National Schools Constitutional Convention in March. The students will review the main issues of Section 44 which sets out the conditions under which disqualification as a Member of Parliament may occur. These include bankruptcy, a criminal conviction, allegiance to a foreign power, holding an office of profit under the Crown (or pension), or direct or financial interest in any Commonwealth agreement.

Local student Mikaela Pappou from Casimir Catholic College is one of 120 Year 11 and 12 students to participate in the 2018 National Schools Constitutional Convention in Canberra, where student delegates will review the main issues of Section 44 and have their opinions recorded in a Communiqué which will be presented to the Senate and incorporated into Hansard. 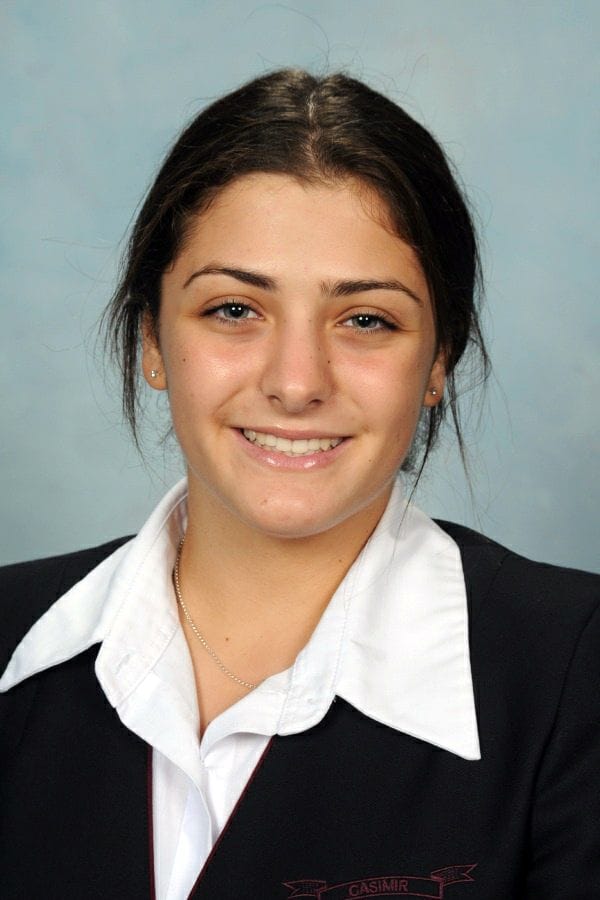 Emeritus Professor John Warhurst AO from the Australian National University will facilitate the Convention, being held from 20-22 March 2018.

"The Convention is a unique and quite remarkable opportunity for students to explore the Constitution and the political processes surrounding it and to learn more about the intricacies of government. It is vital to engage Australia's future leaders in civics and citizenship, encouraging student voices to be raised in the process of learning and networking. This year's topic is an extremely current one encompassing a broad range of complex, and sometimes controversial, issues. I am excited about how the discussions will unfold." (Emeritus Professor Warhurst)

Students will hear from a panel of experts and will discuss in working groups the five sub-sections of Section 44, before they vote in a mock referendum. The outcome will be incorporated into the Communiqué.

The National Schools Constitutional Convention programme provides senior students with an opportunity to become better informed about how Australia's Constitution provides a democratic framework and encourages them to take an active interest in the operation of government.  The topic of the 2018 Convention is - 'Is Section 44 of the Constitution relevant in modern Australia?'

The Convention is funded by the Australian Government Department of Education and Training and is supported by all Australian education ministers with most states and territories funding feeder conventions.

As a national delegate, Mikaela Pappou was selected from around 1,000 students from government, independent and Catholic schools, many of whom participated in their state or territory Conventions.

'I am honoured to be given an incredible once in a lifetime opportunity to attend the 'National Schools Constitutional Convention', in Canberra.  As a young woman from Sydney's Inner West, I recognise that my peers and I are the future of Australia and therefore, Australian politics.  Whether we are voters or decide to take up careers in Australian politics, we can shape and reform the future of Australia.

My invitation to the 'National Schools Constitutional Convention' is not only a wonderful individual opportunity, but in fact, a chance to convey the voice of students, mothers, fathers, teachers and leaders of Australia.'