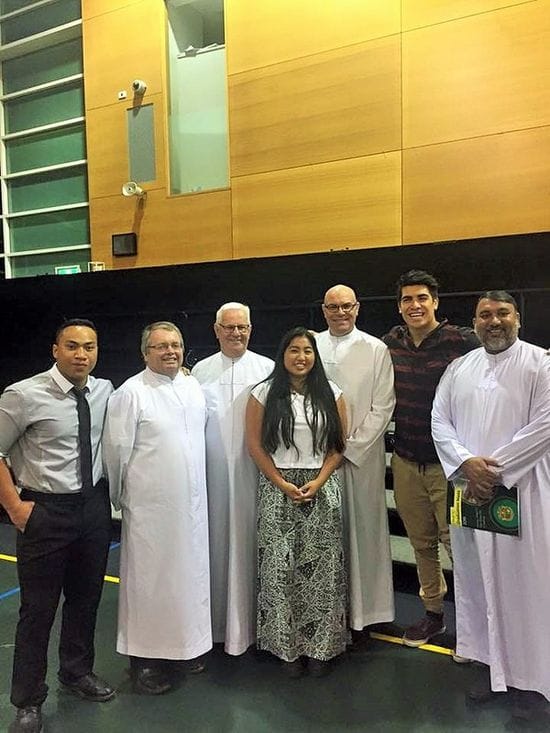 The Institute of the Brothers of the Christian Schools has released a new information booklet capturing the global reach of the Lasallian family in today's world.

The booklet was compiled in December 2015 by staff at the East Asia District office in Hong Kong in our own Pacific Asia Region.

It shows that globally, there are currently 976 Lasallian schools around the world across 77 different countries, educating over 960 thousand students.

The booklet highlights the growing role played by Lasallian partners in schools who now make up 97 percent of school staff globally with Brothers now making up two percent of staff in Lasallian schools.

There are currently nearly 4000 Brothers living in communities around the world and the median age of a De La Salle Brother is now 71.

Only around five percent of Brothers are currently aged less than 30.

In our own Pacific Asia Region, the booklet shows there are 450 Brothers with a median age of 53.

Figures from our own District of Australia, New Zealand, Pakistan and Papua New Guinea indicate Lasallian schools are educating over 32 thousand students.

There are currently 115 Brothers in our District with an average age of 66 years.

In Pakistan, the average age of a De La Salle Brother is 34 years which is a promising sign for that sector of our District over coming decades. 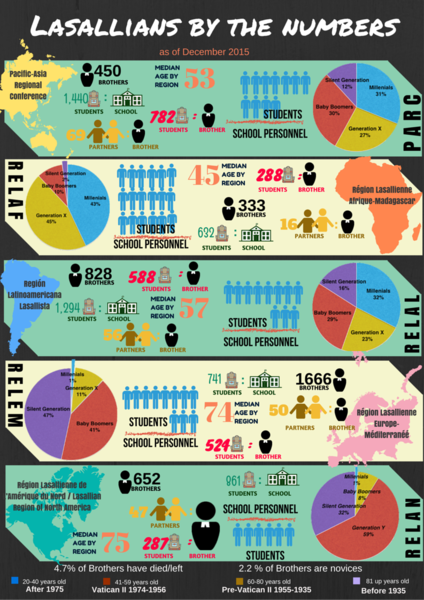