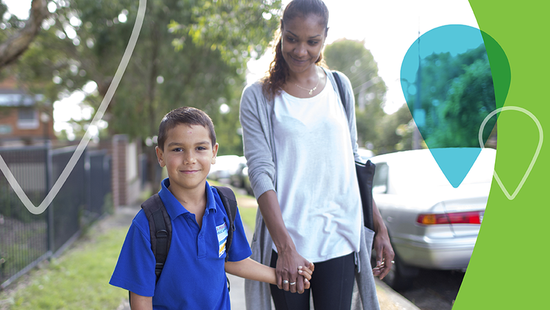 The Lasallian welfare agencyyourtown has released a new report, showing contacts to its Parentline service have nearly doubled in the past 20 years.

Parentline allows parents and carers in Queensland and the Northern Territory to receive advice from tertiary qualified counsellors when they are concerned about the mental and emotional health of their children.

Parentline counsellors also work for the award-winning Kids Helpline, placing them in a stronger position to offer counselling on important issues affecting children and young people, including eating disorders, anxiety and depression.

The yourtown service is funded by the Queensland and Northern Territory governments.

Tracy Adams believes the growing demand for the service is largely due to greater community awareness and education about mental and emotional health issues.

In 2015 alone, Parentline engaged in over eight thousand phone and online contacts with surveys revealing the challenging behaviour of children ranked as the top reason why people contacted the service.

Parentline receives requests for assistance from a diverse range of contacts including custodial and non custodial parents, grandparents and parents and carers from different cultural backgrounds.

Parents or carers in Queensland and the Northern Territory looking for support can contact Parentline on 1300 301-300 or via its website.

The telephone and email service operates between 8am-10pm, seven days a week.

Web counselling is available from 11am-2pm, Tuesday and Thursday.