Home >  Blog >  NZ CELEBRATE THE DEATH OF THE FOUNDER

NZ CELEBRATE THE DEATH OF THE FOUNDER 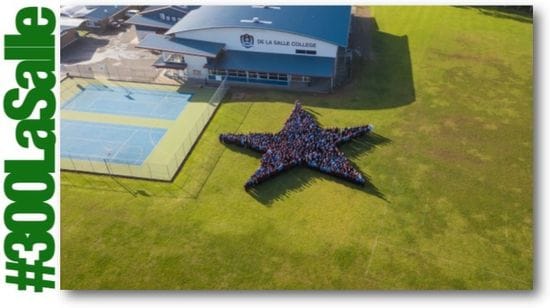 On the 15th of May, the three Lasallian schools in the New Zealand Sector gathered to celebrate the death of their founder, St John Baptist de La Salle at the Cathedral of the Blessed Virgin Mary in Hamilton.

The three schools were De La Salle College Mangere East, John Paul College Rotorua and Francis Douglas College, New Plymouth. Travelling together and uniting for the Tercentenary Mass was a huge achievement and showed immense unity from the three schools that may be far from each other but connected in the Lasallian family.

The principal celebrant of the Mass was Cardinal John Dew from Auckland who was assisted by several other priests. At the commencement of the Mass, Cardinal John blessed an icon of the Founder. This icon is a generous loan by Br David Hawke, Br Visitor, to the Sector of Aotearoa-New Zealand for the duration of the Tercentenary year. Soon after the commencement of Mass, there was a moving penitential rite involving the three principals and Br David.  The three principals and Br David were covered by a le toga, a traditional fine Samoan mat and underwent an ifoga, a ritual apology demonstrating remorse by begging for forgiveness. At the end of the ritual, Cardinal John removed the le toga. The performing of this ritual is a very rare and significant occasion. It heightened the sense of unity and oneness that New Zealand has with the Lasallian family, reflecting on the year's theme of "One Heart, One Commitment, One Life". The mass also included a spirited singing of the tercentenary song with one of the verses in Samoan and a drama after the Gospel. 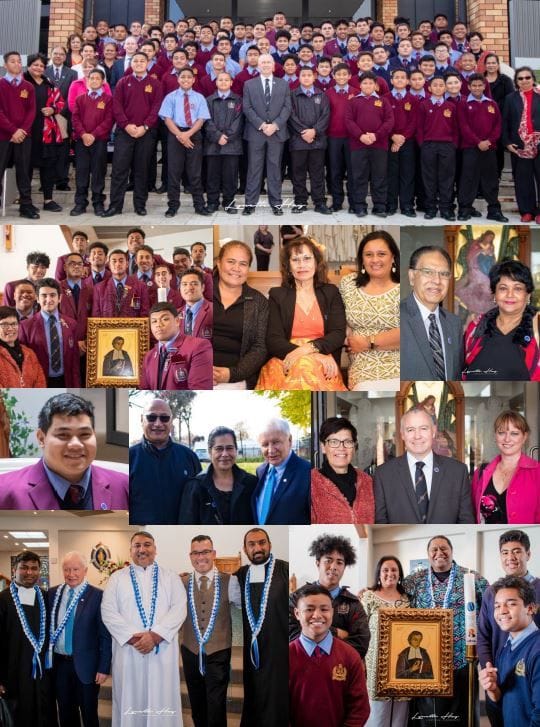