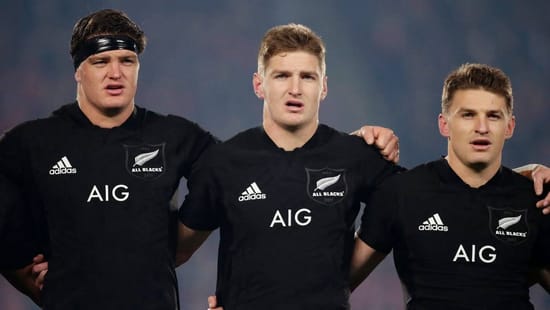 Francis Douglas Memorial College, New Plymouth has given Taranaki an unprecedented connection to next month's Rugby World Cup in Tokyo.

In Tokyo they will be joined by fellow former pupils, referee Paul Williams and former All Black coach and player John Mitchell, who is the England defence coach.

Principal Martin Chamberlain said selection of the four former pupils in the RWC squad was an immensely proud moment for the school, which has only ever produced six All Blacks, including Conrad Smith who played in the 2015 RWC.

"We've had a real purple patch and we've been fortunate but what is pleasing is that all our boys are home grown," Chamberlain said.

"We don't have the cheque book out to recruit boys to play rugby, and we don't have an academy.

"All the players know each other from the day they enter the school."