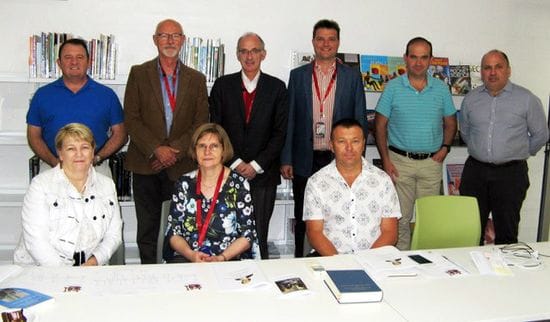 On Saturday 18 November, several members of the Oakhill College Board and Committee came together for a morning of Lasallian Formation.

As well as discussing the various perspectives from which Board Directors have to consider on issues of governance, the group also reflected on the life and work of John Baptist de La Salle and his first Brothers. We delved into the sort of person he was, and his style of leadership as it emerges from a set of letters he wrote to a particular Brother in the early eighteenth century. There was also an opportunity to browse through some of the extensive educational and spiritual works he wrote for the ongoing formation of the Brothers.

Principal, Br Steve Hogan, was a kind host as well as an experienced contributor to the discussions.

The plan for our next session is to look more closely at the innovative approach that emerged from the Brothers working together to ensure an effective education for the young people in their care.