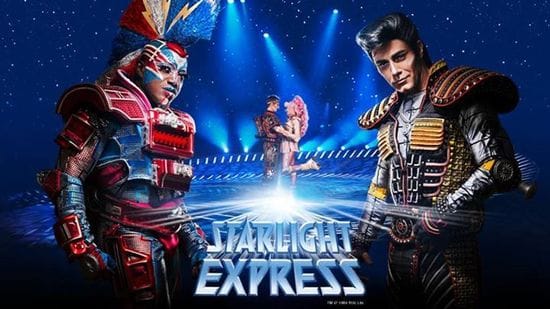 Students from Oakhill College in Castle Hill have made history, becoming the first amateur group to ever stage the popular production of Starlight Express in Australia.

The production is a great credit to Performing Arts Head at the college, Mrs Di Herron who has worked in her current role for over 40 years and produced countless drama productions of an outstanding calibre.

Drawing upon the musical genius of Andrew Lloyd Webber, Starlight Express has been seen by over 20 million people around the world since it first opened in London in 1984.

It centres upon the story of a child's train set magically coming to life with various engines then competing to become the fastest engine in the world, with all the characters in the production performing their roles on roller skates.

Oakhill College students have been rehearsing intensely for months for the production.

This included a four hour practice run at the Capitol Theatre in Sydney in late April, courtesy of the theatre's General Manager and college parent Mr Graham Kearns.

You can purchase tickets to the production through contacting Oakhill College.