Posted by Jordan Grantham on 27 September 2018 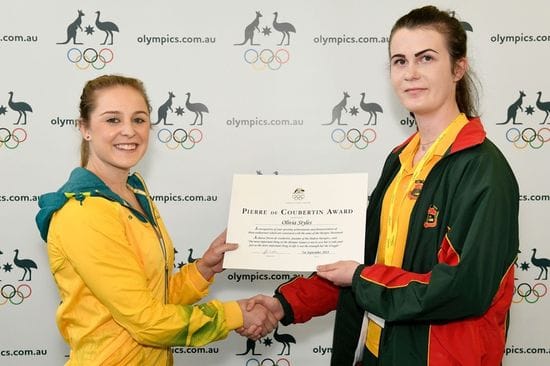 Pierre de Coubertin was the founder of modern Olympics and was convinced of the importance of sport in the development of the individual.  He believed in the qualities of excellence, sportsmanship and respect which embody the values of Olympism.

The Pierre de Coubertin Awards, an initiative of the Australian Olympic Committee, are designed to reward not only the elite sports people but those that display strong character and ideals, representing the school at the highest standard both on and off the field.    Previous Western Australian winners of this award include Fergus Kavanagh (Olympian, Hockey), Kim Mickle (Olympian, Athletics), Harry Taylor (Geelong FC) and Daniel Wells (North Melbourne FC).

The students were invited to an Olympic Academy Day held prior to the Presentation Ceremony, which provided students with a once in a lifetime opportunity to learn about leadership, goal setting and resilience from some of WA's Olympic heroes.  Olympians Jesse Philips (Spring Kayak); Tamsin Cook (Swimming); Danielle Kettlewell (Synchronized Swimming) and Rhys Grant (Rowing) shared with the students their own Olympic journey.

With thanks to Sabrina Lynsdale and La Salle College, Middle Swan.