Home >  Blog >  Order of Australia awarded to Peter Wallace - a man of vision, a great leader and a builder of community.

Order of Australia awarded to Peter Wallace - a man of vision, a great leader and a builder of community.

Posted by Olivia Peressin on 7 February 2020 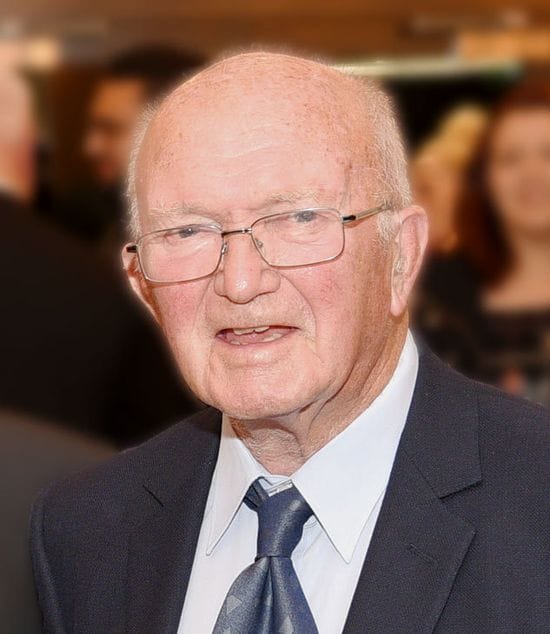 Peter was a man of vision, a great leader and a builder of community. His outstanding dedication to primary, secondary and community education and the Catholic community of the western suburbs of Adelaide spans across five decades.

With almost seventeen teaching years at St Michael's College (1960 1976), Peter introduced innovative approaches to teaching for this period using overhead projectors (very unusual in the 1960s). Later, Peter became Principal (1974-1976) where he was responsible for much of the initial expansion of the school infrastructure at the Henley Beach Campus and the development of modern Science laboratories, demonstration rooms and other facilities including a modern Library.

As a result of ground breaking initiatives established by Peter, the College transitioned from a challenging period of low enrolments to a period of great strength and robustness, emerging as a significant flagship school in Catholic Education in Adelaide. Enrolments from 1979 to 1981 increased by 51%.

Peter delivered an extra ordinary level of commitment and engagement in the academic life of the College and of many extracurricular sporting teams representing the College in those years, attending and supporting Athletics, Basketball, AFL Football and Cricket players during matches. His pedagogical contributions extended across many areas of the curriculum and into administration where he was highly respected and effective.

Upon retirement, Peter returned to St Michael's Colleges for many years as a volunteer teacher, (1997-2013) where he provided additional tutoring instruction for students who struggled with Maths and with the development of the College magazine when no one was really interested in this job. These actions demonstrate Peter's generosity and concern.

Peter has also been extremely active within the Catholic community assisting with parish work in the Henley Beach area.

Has served as a Eucharistic Minister and was also a lector from joining the community up until 2015.

Peter has set up and led the 7am Liturgy of the Word and Holy Communion and has done this is since 2013. He takes communion to the sick and frail weekly and attends to the parish Planned Giving envelope sorting at the parish office.

Peter held an intense enthusiasm for educating young people, whatever their background and context. He continues to do this today through local civic, parish and communal contexts.

Peter has contributed thousands of hours over a breadth and depth of commitment covering at least fifty years in supporting the Catholic community of Adelaide's western suburbs, especially in regard to educational, sporting activities and various social activities. He has never sought any form of recognition for this contribution.

Peter's continued contributions to St Michael's College whilst Principal at Mercedes College for 3 years were critical to the College's survival and it forged a new lease of life for the school. Administratively, Peter presided over a difficult period of unrest and objection to change.

He was able to float fundamental amendments to the way the College functioned, to proactively consult, communicate the need for change, to articulate the many benefits and rewards and effect the changes.

The period of growth as a school community would never have happened without Peter. He gave unswerving loyalty where he worked and encouraged the success of a team. He won the admiration of staff, students and parents leading the College.

Peter is a wholesome family man, a caring teacher, and civic minded.

Peter has had a significant impact on St Michael's College and its wider community by dedicated and selfless service to the school, its students and old scholars since the 1960s. In particular, during his period as Principal, he was instrumental in developing the building of a dedicated Matriculation Centre and introduced significant changes to the curriculum, including the introduction of an internal Year 12 class.

Peter launched the College into a new era of growth and development in terms of capital development and enrolment growth. His emphasis on curriculum expansion and his initiation of plans for a new oval and tennis court precinct forged revived community recognition of a College that was developing quickly towards becoming a flagship school in SA Catholic education.

Peter was an outstanding Maths teacher, making a huge impact on students, with his professional approach and respect for differences of ability and he worked tirelessly in supporting numerous students to gain an understanding of Maths. He also  become a focal point within the old scholar community through assisting with events and also attending Reunions.

Peter strongly believed that a close parent student relationship was the key to a young person's formation. He helped build a sense of community where students and parents felt they belonged. Peter was largely responsible for working with the parent community in fundraising in the days when government grants were very low or non-existent.  This fundraising managed to keep fees low enough to be able to service the varied socioeconomic community who used St Michael's for their primary and secondary education as well as service the facilities.

He was a leader in the use of technology and the College Library was one of the first in SA schools to be known as a Resource Centre where students learnt to use the latest in technology as well as books to further their knowledge.

Peter had vision and used it well. He could see that the College needed more land and at the time he took into account the Campus that we have at Henley Beach today.

His genuine concern for community is evidenced by the fact that (at 84 years) he fills a Chaplaincy role at Queen Elizabeth Hospital and visits approximately a dozen people each week. In so many ways, because of his dedication to educating young people, in many capacities and his genuine commitment to the broader community Peter is a person of humanity and humility.

Peter's contribution to St Michael's College and the broader Catholic Community spans a period of more than 50 years.

Peter has never left St Michael's College. The community of St Michael's became his mission in life. He came as a teaching Brother and even when he retired was considered an important contributing member of the College community.

Peter was a highly valued member of the SA Principals' Association.

Peter's capacity to forge great relationships with all areas of the school community was a definitive feature of his administrative abilities. He generated a healthy and respectful relationship with students and staff during a difficult transitional period in the school's history and at the same time, maintained high standards of diligence and efficiency as an administrator.  Peter's quiet leadership by example along with his visionary outlook, especially in school strategic planning was outstanding.

Peter's humility, spirit of hospitality and kindness to all he met along with his building of school community and his dedication to teaching and passion for the poor makes Peter a highly regarded and valued member of the community.

Peter returned to St Michael's as a volunteer tutor after he retired and this marked his dedication to Secondary and Lasallian education.