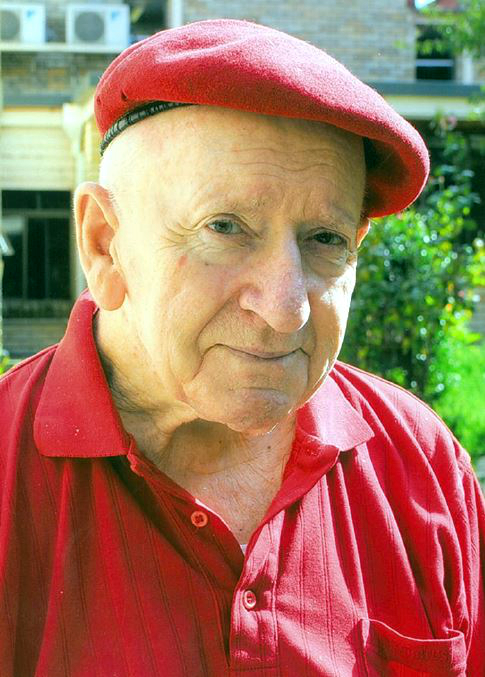 Recently, one Tuesday evening, the Brothers at Karlaminda gathered to recall the life of Tom and all he meant to us. These words reflect that discussion and all that we fondly remembered.

His family history will be covered by his family so we will restrict this reflection on Tom to his 70 years as a De La Salle Brother.  I am grateful to Brother Gerard Rummery who penned these words.

Brother Gerard Rummery recalls first meeting Tom Normoyle when, out on a Sunday walk near Castle Hill in 1946 with Michael Lynch, Michael who had been in the same class as Tom in Dubbo recognised him passing on a bicycle and called out to him. Tom was on his way to see Brother Jerome Foley, Visitor, about entering the Brothers. He had wanted to do this for some years but his father would not allow him and got him a job selling clothes at Mark Foys store in Sydney until he was 18.

The 1947 novitiate that Tom entered was the largest group in the history of the Brothers in Australia altogether 29 received the Habit and began the novitiate.  They followed a two-year novitiate led by a highly trained and greatly loved American Brother of the Baltimore District, Brother Francis de Sales.

Tom was a pleasant happy companion in the two years of novitiate, a hard worker at any kind of outdoor manual work and a fierce second-row forward in rugby league. He took everything in his stride and adjusted himself very easily to everything.

When the large group went on to the scholasticate for two years of further studies and teacher-training, Tom travelled several times each week with Brother Stan Fagan to learn cooking at the OLMC convent in Parramatta. This contact was probably because three of Tom's own sisters joined the Mercy Convent. Tom followed some of the courses offered to all the Brothers taking particular interest in Art and Design taught by Brothers Damian Morgan and Kevin Price, both of whom had received formal artistic training.

After four years of initial training, Tom became an apprentice to Brother Cyril Finch and gradually assumed full responsibility for cooking for some 60-70 persons, the Juniors, Novices, Scholastics and the members of the Holy Family Community of which he became a member.  Tom was to remain at Oakhill as a cook for well over 10 years. Brothers who worked with him at Oakhill over the Christmas holidays found him helpful and considerate as he prepared meals for large numbers three times each day. It was during these years that he started his life's project of becoming an artist by devoting free time to making painted copies of post cards.

Eventually, he began his life as a teacher of the 3rd grade at De La Salle, Ashfield. Brother Cassian Corbett, his Director, famous for his one-liners, was reputed to have declared that his community was saddled with the District 'rejects' and even the District 'pot-walloper', but Tom was a natural teacher and often talked about his first year with some 100 pupils so packed in that kids had to climb over desks to get to their seats. Tom was to continue to be a successful teacher in primary classes at De La Salle Bankstown, where he was also an excellent coach of junior football teams.

It was at Bankstown that Tom began part-time art studies at East Sydney. He used to travel with Brother Daniel Spillane from the Kingsgrove community. Their journeys have been the source of many stories. On one occasion, Danny was ringing Tom at Bankstown to find out when Tom was coming to collect him. m Tom meanwhile had arrived and was standing behind Danny when he was ringing Tom. Daniel being renowned for his forgetfulness could not remember Tom's name and had to ask the Brother at Bankstown to find the "Brother who does art with me" when Tom simply said, "I'm here Danny," to which Danny replied on the phone, "When are you coming to pick me up."

A close friend of Tom's at Ashfield and again at Bankstown was Brother Julian Bell who was part of the same novitiate group. The housekeeper at the Bankstown community fed stray cats much to the annoyance of the Brothers. When the housekeeper went on holidays, Tom and Julian decided to get rid of the cats. As Julian had been trained in woodwork, Tom persuaded him to make a wooden box large enough for the stray cats, who were cajoled into the box. The two Brothers set off for the Georges River where they threw the box off a bridge into the river. When the box hit the water the lid flew open and the cats sailed down the river. The Brothers fled but Tom always claimed that the cats beat them home!

Tom was highly successful with his artistic studies and had personal tuition with the artist, Julian Ashton.  He became a very good painter, potter and sculptor, excellent with his pencil sketches of the Brothers in more recent years. He worked with Brother Michael Fitzgerald in setting up a pottery studio initially in a Sydney tram in the Novitiate garden and later in what had been the "chook house" when he was a novice. It is important to note that Tom's taking over Frankie's "chook-house" led to a very deep friendship with Brother Amedy Molloy, also an artist, and to some extraordinary teaching of ceramics to a wide range of people. The artistic works of the Brothers were usually the highlight of the annual Oakhill art weekend. 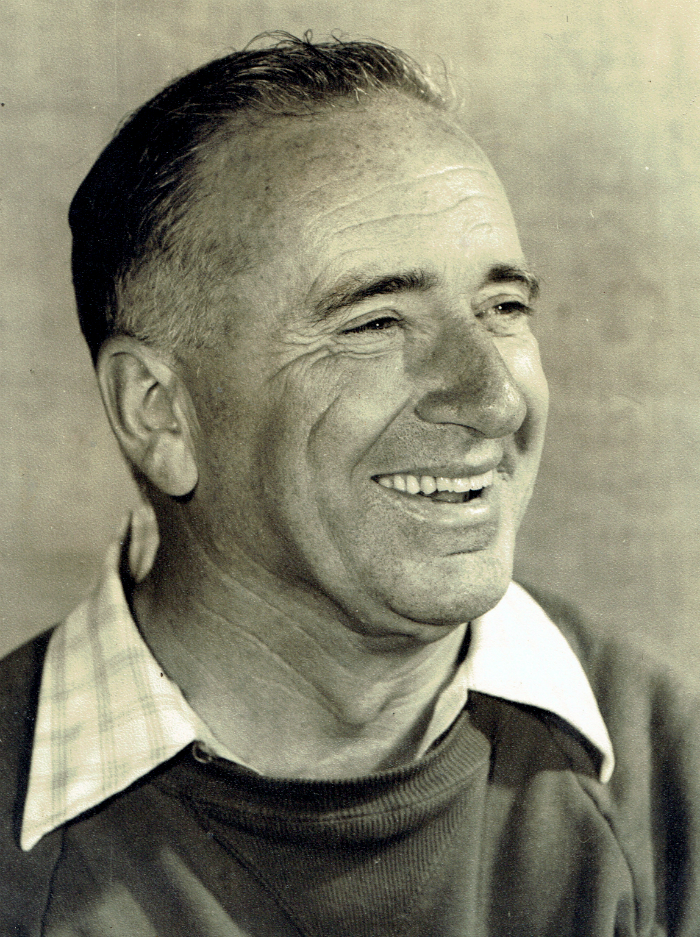 Classical music of the very best could be heard being played in the studio because Tom had a deep instinctive love for the very best musicians and orchestras. With Brother Amedy Molloy he taught art and pottery to students of the Catholic Teacher's College and Polding College before they morphed into the Australian Catholic University.

Tom followed pottery workshops in Japan for six months. Around 1983 (?) he was invited to work with a Brother Jerome Cox, from the USA, who trained a small group of apprentices in art, jewellery and ceramics in a studio based in an old house in the mountains surrounding Florence. He also learned some important secrets of Italian cooking over this period of about 18 months.

Brother Gerard Rummery recalls that at the end of Tom's stay he drove in a hired car with Tom and Robert Mudge to visit art museums and cities in France, Belgium and Holland. At the Rijksmuseum of Amsterdam, Tom wished to spend as much time as possible in front of Rembrandts' Night Watch, so that when the others who had visited other sections of the museum came to find him he was able to point out little details of the brushwork that probably thousands of other viewers had never previously noted.

Among his ceramic and art pupils were practically all the members of the Sim family mother, sons and daughters who adopted him as a member of their own family. Their friendship and loving concern for him and their visits to him at St Joseph's were among the great joys of his life, often celebrated by Lucy's arrangement of some memorable Chinese meals for him.

After his move to Kurmond he was never able to re-establish the facilities he had built up so patiently at Oakhill. He is remembered by Brothers of that community as a man of strong but non-demonstrative faith. He fulfilled his religious duties faithfully, never wavering from his commitment to his vocation. He would probably be surprised to think that he is remembered with such affection but, as people visiting him so often found out, he was genuinely humble and grateful for their visits.

Tom was an extraordinarily gifted person. In the deepest sense of his vowed life, he went cheerfully wherever he was sent and did whatever was asked of him. In his concern for others, he was hospitable and generous to a fault. The later blooming of his talents for art and ceramics was never something for himself but something to be shared with others.

On behalf of the Brothers, I wish to express our sincerest appreciation to the Daughters of Our Lady of the Sacred Heart and their staff at St Joseph's.  Tom was rather challenging at times as he battled with dementia.  However, Tom had a minor stroke about 6 months ago and began to walk again, recognize Brothers, and hold conversation somewhat easily.  He celebrated his 89th birthday with family and the Brothers, and, from then, always looked forward to visits from the Brothers.

Tom was in his own unique way a wonderful Brother for us all.   We will miss him.  May he rest in the peace of the Lord whom he served so well and so often in others.