Outpouring of grief in Aotearoa/New Zealand 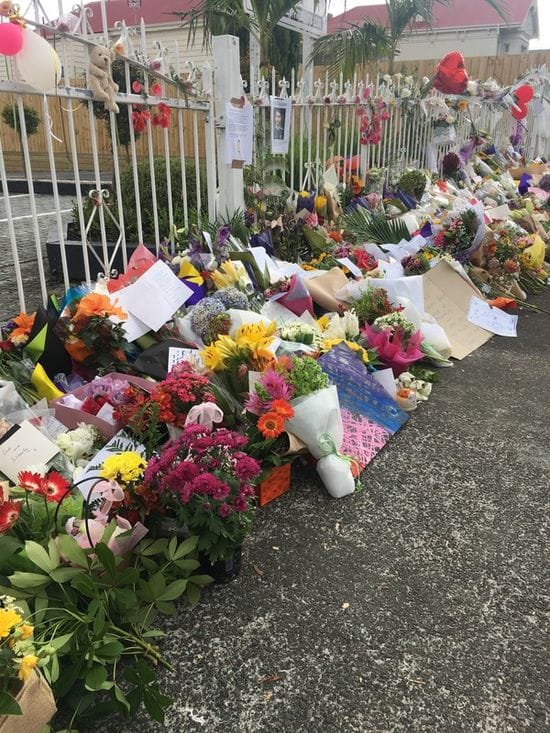 This morning I walked fifty metres up the road and visited the local mosque in Ponsonby, Auckland.  It was an emotional and moving experience to see the floral tributes and read the cards left by people.   I was there with about a dozen others and in a sign of the times, three armed police. This itself is quite confronting to New Zealanders who are not accustomed to seeing armed police on the streets. On Saturday I received an emotional text from Yasmine,  student at Bethlehem University. She had read the response of Senator Fraser Anning to the terror attack in Christchurch. Yasmine wrote in her text, " I still can't understand how some media and politicians deal with this terror attack and justify it and find a way to blame Muslims for the terrorist's attack! Did you read this?  Is it true."   I was able to respond to her and say that the Senator has been roundly condemned and that 800,00 people have signed a petition for him to  removed from the Senate. I was also able to send her pictures of the messages that I viewed at the mosque. This was some consolation for her.  Last night Sacred Heart Church, which is across the road from the mosque, was packed with people who had come for a prayer service.  Three of the Muslims leaders spoke at the prayer service and then invited those present to come to the mosque.

Let us all pray that these expressions of solidarity and love are enduring. 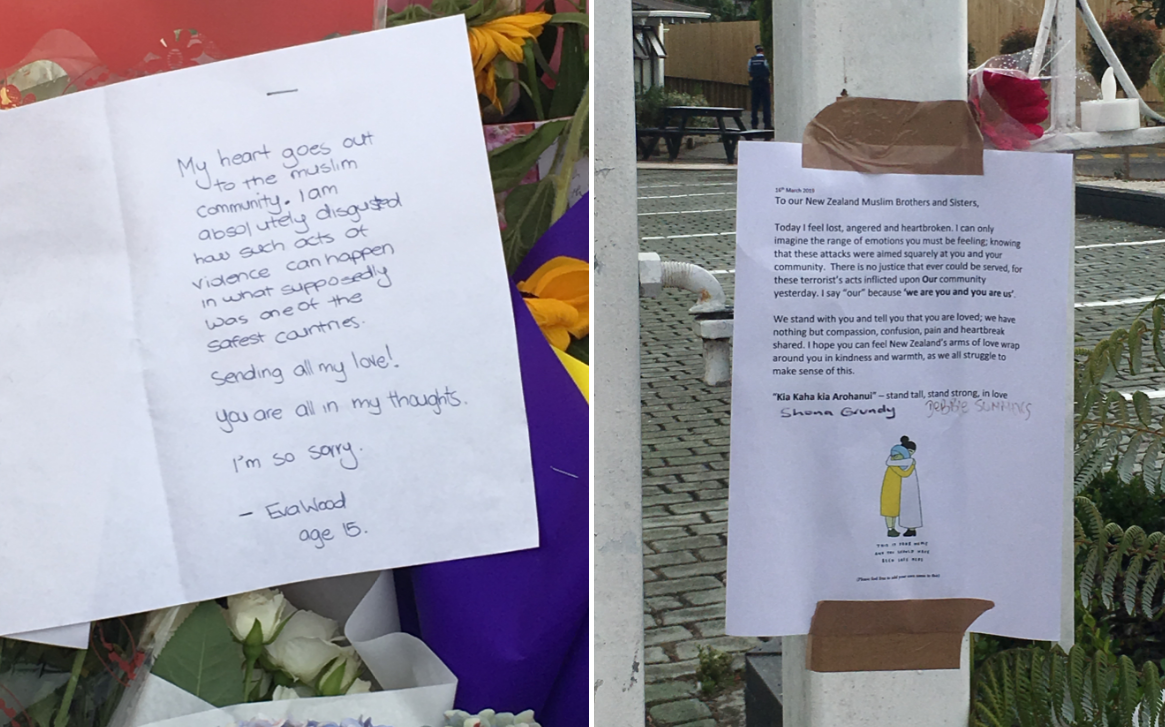